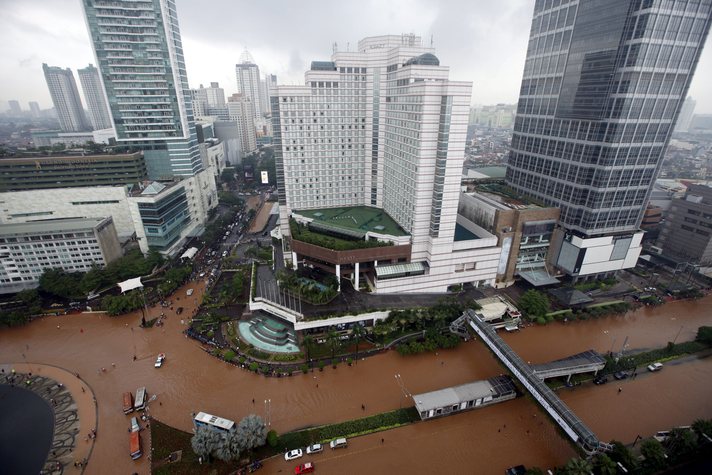 epa03540180 A general view showing flood water on a main road in Jakarta, Indonesia 17 January 2013. Traffic ground to a standstill in parts of Jakarta 16 January and thousands were displaced as floods triggered by days of heavy rain inundated much of the Indonesian capital. Authorities were seeking to evacuate nearly 100,000 people whose homes had been submerged, said Johan Freddy, an official at the National Disaster Management Agency. EPA/BAGUS INDAHONO