I hope everyone has a safe and happy holiday!  Thank you all for being a part of my blog this year!  I’ll remember you when I achieve that independently wealthy writer status!

Our elected officials have led the American people to the cliff’s edge – and have pushed.  We’re headed into the abyss of recession, and the pathetic bastards don’t care.  Their salaries and health care are assured.  The rest of us get reamed.  Now, don’t get me wrong!  I like being screwed like most anyone else – if I’m enjoying it.  But, I’m not enjoying this!  Neither is most every other American.

This has been going on since…oh, I’d say January 20, 2009, when President Obama took office.  The Republican Party made it a point from the moment that half-blooded Negro won the 2008 election that they’d do everything in their power to undermine his presidency.  Not help to hemorrhage the country’s increasing unemployment; not stop the wars in Iraq and Afghanistan; not start rebuilding the nation’s aging infrastructure; not find out who all was responsible for the banking and housing crises that led to the economic downturn in the first place.  No, their goal was simple: destroy Obama.  For their part, the Democrats replied in their usual conciliatory tone; bowing to the GOP over expiration of the Bush-era tax cuts.  They and Obama relented, lest unemployment insurance lapse in 2011.  Obama collectively – and rightfully – deemed the rest of us a “hostage.”  I dubbed him a wimp for caving to John Boehner and Mitch McConnell.

Now, angry that Obama won last month, the GOP is even more determined to destroy him – and take the rest of the country down, too.  If we look at this entire imbroglio in the same context as a business, Congress would be in bankruptcy.  Wherever I’ve worked anyone who didn’t cooperate with their constituents and strive to achieve the common goals set forth by management ended up contacting the unemployment office.  In other words, they got fired!  They were told to pack up and head out.  I’ve never known a place that allowed people to squabble and not accomplish anything.

Congress is the exception.  They’ve always made themselves the exception.  Its members, of course, don’t have to worry about their respective financial futures.  They haven’t had to exhaust their 401K’s and empty their savings like I have in the two years since I got laid off from an engineering firm.  Their health care is secured.  They don’t have to worry about a proverbial “donut hole” like my parents and scrounge through their medications.  They have their own bank where they’re allowed to overdraw their checking accounts and not pay any fees.  Congress lives in its own glass bubble; separate from the rest of us – the people who elected them – and devoid of reality.

But, therein lies the key – we elected them.  We are their employers.  And, since they refuse to do as we instructed, I therefore propose we terminate them.  Every single one of them.  Just fire the whole lot of them and hire some new employees.  From President Obama whose backbone never seemed to have much lead all the way down to every “Tea Party” candidate who give trailer park residents a bad name.  Get rid of them!  They’re not doing the job we told them to do.  They have failed on every level.  I’ve voted Democrat most of my life – including twice for Obama – but, I’m not prejudiced.  Everyone there in Washington needs to go.  If Enron and Bear Stearns could lay off thousands of employees because the companies screwed up, we can certainly terminate every member of Congress for flat out refusing to do their jobs.  I mean, who the hell wants to keep employees like that anyway?  No business can succeed with that kind of staff!

So, as we fly off that “cliff” and head into the New Year, who’s with me on this mass impeachment?  We can work together on this!

On December 29, 1890, the nation endured a horrific event: the massacre of some 150 people at Wounded Knee in South Dakota.  It was one of the last great battles between Native and White Americans; a significant turning point in one of the bloodiest and longest-lasting holocausts in human history.

Like many Indigenous American communities, the Lakota Sioux had seen their way of life come under siege by White Christian encroachers; people who viewed them as a menace, no different from the vermin that occupied the same land.  The Lakota Sioux had fought as hard as they could, but by 1890, they’d been relegated to reservations where they were forced into dependency upon the American state.  Like his fellow warrior, Chief Sitting Bull, Sioux Chief Big Foot had led a cavalry of resistance.  But, government forces had managed to corner and kill Sitting Bull at the Standing Rock Reservation on December 15.  They then set their sights on Big Foot.

When he heard of Sitting Bull’s death, Big Foot led his people southwards towards the Pine Ridge Reservation.  The U.S. Army intercepted them on December 28 and brought them to the edge of the Wounded Knee to camp.  The next morning the chief, already sickened with pneumonia, sat among his warriors and consulted with army officers. Then, the Army, under the command of Colonel James Forsyth and numbering 500 strong, descended upon the camp, guns blazing.  As several young Sioux men retrieved their own firearms, others ran for safety.  Some scampered into a ravine next to the camp only to be assaulted with bullets.  Many of them were children.

Several Sioux were willing to surrender, but others – notably a medicine man named Yellow Bird – would accept nothing less than total resistance.  Yellow Bird and others believed that mystical “Ghost Shirts” would protect the group from harm.  But, nothing could protect them from the unabashed hate of the U.S. government.  In less than an hour, the U.S. Army had killed at least 150 Sioux and wounded another 50.  The Army suffered 25 fatalities and 39 injuries.  In a fake attempt at humanity, the government charged Forsyth with war crimes for killing innocent, unarmed Sioux, but later exonerated him.

The 1890 Wounded Knee massacre became a symbol of the U.S. government’s intrinsic disrespect for Native Americans.  It subsequently instilled a lack of trust in the government among Native Americans who ultimately became dependent on that same entity for survival as they entered the 20th century.  Even now, Native American reservations are among the most impoverished in this country.  The tensions over the 1890 Wounded Knee calamity would surface again in February 1973, when the Lakota nation made another stand against the U.S. government with the help of the American Indian Movement.  That fiasco wasn’t nearly as deadly, but it was longer – 71 days – and it further cemented that distrust and animosity.

The tension is still present and unrelenting – not just in South Dakota, but among all Native American communities.  In remembrance, this is for the souls lost on December 29, 1890. 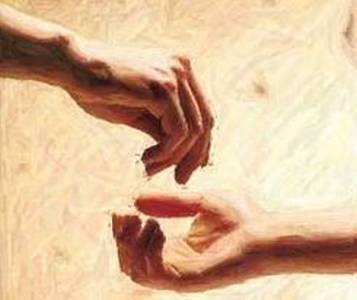 This is for our Canadian friends!  Contrary to its moniker, “Boxing Day” isn’t about fighting, but rather, about helping the less fortunate.

What Santa’s Doing Right About Now