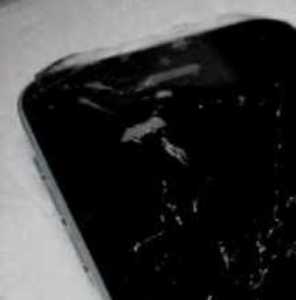 They’d found another one.  It was huge.  A drone surveying the area counted 109 figures; its sensors initially identifying them as human.  Rivas and Mugabe had stood in awe upon studying the preliminary data, alongside the rest of the team.  If 109 human bodies did lay in the rubble – remnants of what they believed to be a hotel – it would be the largest collection of human remains the team had discovered in more than a decade of scouring the locale.

The region itself was gigantic; what once had been a placed called Texas.  More specifically, the northeastern stretch; where two of the most heavily-populated metropolises had once thrived.  Until seven millennia ago.  Before the 2019 event simply known now as “The Cataclysm.”

“There have to be thousands, if not millions,” Rivas had told the expeditioners just a day before the drone returned with its stunning data estimate.  “Not just here in this one building.  I mean, across the entire region.  These cities were among the grandest of their time.”

“Right now,” Mugabe interjected, “let’s just concentrate on this one building.  Or what’s left of it.”  He didn’t want the group to get too excited about anything; least of all a site containing so many bodies.

“Yes, of course,” Rivas concurred with a grin.

The crew was already stretched; pushed to the precipice of exhaustion as they continued searching through the unimaginable layers of dirt, rock and dust.  But whenever they did find the remains of someone, they’d also noticed the individual was clutching an object in their hands.  All of them – each and every corpse – held a similar object.  Every single one of them – holding tight to a single item.

The 2019 sunstorm had been massive; the worst on record.  Then and now.  Among the archived records of all the sunstorms hitting Earth before and since, none matched the 2019 event.  That’s why scientists dubbed it “The Cataclysm.”  The word is so bland, so ordinary in a way; yet it said everything.  To the untold numbers of people who studied the event – and the subsequent, wide-scale societal collapses it induced – the term “cataclysm” itself had come to signify that one unimaginable episode.

It was inevitable.  By the start of the 21st century, humanity had come to rely upon technology too much.  People across the globe identified with tangible pieces of metal and plastic more closely, perhaps, than their own families and friends.  In fact, personal interactions seemed routed through the mystical electronic clouds they’d created for their world; a world they claimed was better than any before.  To their descendants of the 90th century C.E., such flippant beliefs were almost laughable.

It remains a miracle – no minor one – that anyone should survive to the present day.  Any human, that is.  When the multitude of satellites cluttering the ionosphere fell silent in the days immediately following “The Cataclysm,” it appeared – from what records remain – a brutal chain-reaction of minor cataclysms exploded across the planet.  Power plants – able to remain operational for a while – eventually died; as did water treatment plants, telecommunication lines.  Everything attached to an actual or virtual wire just…died.

And thus, so did people.  Countless numbers of people; millions of them.  A mass exodus of souls floating from the decaying flesh of their hosts; rising past those same darkened satellites and up into the brighter stars.

Perusing photos of other recently-discovered sites made Rivas and Mugabe think of an even more ancient but equally horrific episode: the destruction of Pompeii.  Pictures from 20th century archaeologists captured the disaster in a manner never seen before.  The city-state’s residents – trapped in the environs of what they surely thought was a safe place – caught off-guard in the worst possible way.  Their bodies and terrified expressions frozen in swarms of scorching lava for future humans to see and study.  There was nothing like it.

But this – this was on a much larger scale.  Pompeii was a single prosperous city with the unfortunate coincidence of being situated beneath a ubiquitous volcano.  What the explorers saw in the remains of some nondescript building in the midst of a place once teeming with life was a tiny fraction, a sliver of the human wasteland that stretched across the globe.  The societal collapses had driven many of their ancestors underground into vast caverns constructed for just such an event.  Or something like it.  But surely even those initial survivors couldn’t have foreseen the rolling swathes of brutality that followed the darkening of those wicked satellites; surely even they couldn’t have imagined the blessed sun betraying them in such a vile manner.

Rivas and Mugabe stared at those antiquitous photos of Pompeii’s victims; frozen in lava; terrified and helpless.  And then they looked at the drone photos of the bodies in this building; the 109 discovered so far.  And they realized the vast difference between the two events; a difference apparent in the faces and hands of the dead.  The people of Pompeii had died clutching their loved ones.  The victims of the 2019 event died clutching their cell phones and laptops; waiting for the Internet to come back up.