“Who better than me, who’s already finished one of the entitlement programs, to come up with programs to do away with Medicaid and Medicare?”

– Tommy Thompson, Wisconsin candidate for the U.S. Senate, who was referring to welfare reform during his term as governor.

Special memo to all Republicans: please pull your head out of your ass before speaking in public.  You keep spitting out shit that you can’t take back.

Politics in Other Countries 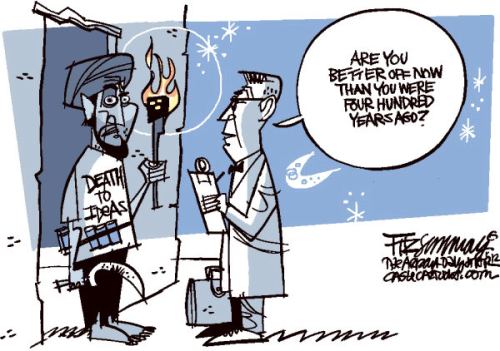 Singer Andy Williams died at his home in Branson, Missouri, Tuesday night after a year-long battle with bladder cancer, his family announced today.  He was 84.  Born on December 3, 1927, in Wall Lake, Iowa, Williams began his career as a child, singing in a quartet with his brothers.  As an adult, Williams embarked on his career, which spanned six decades and produced several hit songs – including the omnipresent “Moon River” – and 17 gold or platinum albums.

In 1962, “The Andy Williams Show” debuted on NBC and ran for nine seasons.  He also appeared in a dozen other TV specials between 1959 and 1987.  He was perhaps best known for his Christmas specials.  By the early 1990’s, however, he found his brand of crooning had lost appeal among the rock and hip-hop generation.  He then opened the Moon River Theatre in Branson and performed regularly on its stage.  It was the first non-country music venue in the area.

In November 2011, Williams announced that he’d been diagnosed with bladder cancer.

“The entertainment industry has lost a giant piece of its living history today, but Williams’ legacy will forever be enshrined in the annals of music and television,” said Neil Portnow, the president of the National Academy of Recording Arts and Sciences.  “Our deepest condolences go out to his family, friends, and all who will miss this American treasure.”

This is Williams performing “Moon River” on his show.  The song was written and composed by Johnny Mercer and Henry Mancini for the 1961 movie “Breakfast at Tiffany’s.”

Here’s another one of my favorite songs, “Girl from Ipanema,” that Williams performed with Antonio Carlos Jobim in 1965.

If you’re offended by handsome young men gyrating while wearing bathing suits – get over it!  It’s just a parody! 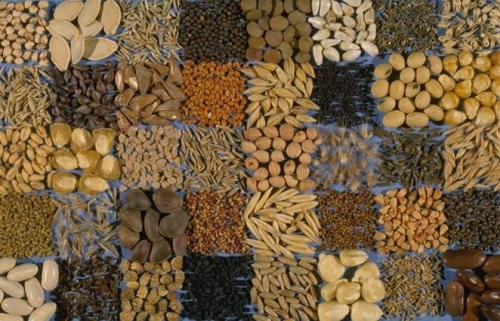 Survivalist Tip:  I’ve mentioned previously about gathering some herbs and vegetables in preparation for the apocalypse, since we don’t know how long the initial upheaval will last.  But, I recommend also storing some non-hybrid, or open-pollinated seeds.  Unlike hybrid and genetically-modified seeds, non-hybrid seeds can be stored for a long period of time, which is perfect for future planting.  With the collapse of the normal socioeconomic structure, it’s important to know how to plant seeds and cultivate crops.  Regardless of your environment – city, suburban, rural, cave – non-hybrid seeds allow for comprehensive sustainable gardening.  Think of them as “Victory Gardens” for the New Baktun.

There are as many non-hybrid seeds as there are crops: beans, grains, teas, herbs, fruits, vegetables and even cocoa.  You can even get non-hybrid seeds for livestock and pets.  Along with easy storage, these types of seeds produce foods that have a higher nutritional value than standard hybrid seed plants.  This quite simply is because they are more pure and natural; they haven’t been cross-pollinated with other plants, which has become the standard in food production.  Like all ancient societies, the Mayans planted and harvested their own crops.  They didn’t have grocery stores and restaurants and they didn’t have preservatives.  In other words, they took care of themselves.  Life in the New Baktun will require the same level of self-reliance – and plenty of chocolate!

Denny’s has saved many a poor soul from alcohol sickness. 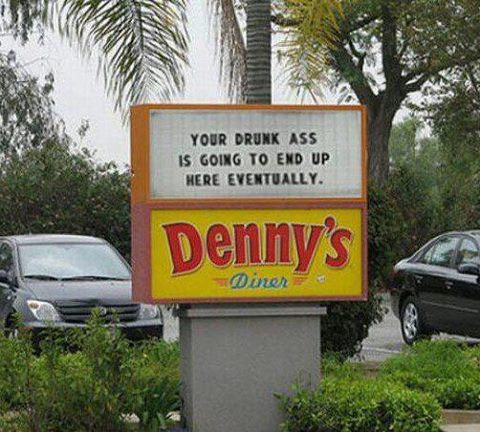 This is a perfect depiction of the usual response of some Muslims.  They killed one of our ambassadors and are burning down buildings because of some ignoramus made a movie about them.  These are the same bunch of morons who went into a frenzy over a cartoon making fun of Mohammed, yet celebrated airplanes slamming into the World Trade Center on September 11, 2001.  This is why I believe religion is the true evil in our world.  It doesn’t just make people do stupid things; it makes them stupid.

I just finished watching Mitt Romney’s interview with Scott Pelley on 60 Minutes and didn’t know whether to laugh or yell at Romney’s claim that President Obama has been unwilling to work with Republicans during his time in the Oval Office.  Obama has done just about everything a biracial man can do to please a bunch of crusty old White men short of tap-dancing and calling them “Master.”  If anything, Obama has been too conciliatory these past three years.  But, the Republicans still don’t appreciate it.  Of course, if he showed more backbone and got ugly with their sorry asses, they’d be just as hateful towards him.  Either way, he can’t win.

I’ve never seen so much disrespect heaped upon a president than has been thrown at Obama.  From the “birther” crowd (a pack of idiot assholes) to the Tea Party gang (neo-Nazis disguised as suburbanites) to Governor Jan Brewer sticking her finger in Obama’s face as soon as he got off the plane (I wanted to break than thing off and stuff it down her throat, but that would have ended her sex life).  I thought Bill Clinton suffered plenty of disrespect from his Republican counterparts, especially with the self-righteous impeachment.  But, that’s nothing compared to the crap Obama has endured.

The Republicans keep blaming Obama for the still-stagnant economy.  Never mind that the GOP helped create the worst financial crisis in nearly eight decades with the help of the lame-brained George W. Bush.  Their intense deregulation led to the housing and banking calamities.  This was actually worst than the 1990’s-era savings and loan mess, which – in case anyone forgot – was brought on by the 1982 Banking Deregulation Act; a brain child of that other Republican moron, Ronald Reagan.  Republicans keep thinking if you just let businesses do whatever they want, the economy will function perfectly.  They haven’t figured out yet that’s never worked.  It’d be easy to call them idiots, but I think they’re just greedy bastards.  Perhaps they know deregulation doesn’t work so well, but don’t care because the hogs at the helm of the big corporations will get richer regardless of what happens.  They just hope average people stay stupid enough not to be able to recognize it.

Moreover, the Republicans exacerbated the economic mess with two unfunded wars.  Here’s where they get the ignorant masses riled up; the people who keep putting them into office.  The GOP stalwarts wrap themselves in the American flag and cry freedom.  Anyone with half a brain, however, realizes that the Iraq War was based on lies; lies perpetuated by a pack of scoundrels who weren’t so eager to answer their own country’s call to arms in their youth.  I watched Condoleezza Rice’s speech at the Republican National Convention; a moving and emotional sermon where she talked of growing up a colored girl in the Deep South.  And, I realized she was one of the architects of the Iraq War; one of the scumbags who hoodwinked both the country and the United Nations into believing that Iraq had yellow-cake uranium, or some other such dastardly concoction, and plans to destroy life as we know it.  She, like Ann Romney, stood up there at the podium in her designer dress and extolled the virtues of being an American.  And, I thought of the nephew of a friend of mine who served in the Marines in both Iraq and Afghanistan and is now back home, living with his single mother and going to school on the GI Bill.  He told me at a Christmas party his mother held in 2010 – just months after he left the Marines – that he’d lost some friends in both wars.  He didn’t seem to want to talk about it, so I didn’t press him on the details.  But, I could tell it hurt him.  I thanked him profusely for his service and gave him a good old fashioned bear hug.  He deserved that much.  He and other military veterans deserve a lot more.

All of us hard-working, law-abiding, tax-paying citizens deserve a lot more from our elected officials than the perpetual sludge fest known as the 2012 presidential race.  So, what is Obama to do in the face of this morass?  I suppose he could get meaner.  But then, he’d be viewed as an uppity Negro by the Republican leadership.  Yes, I feel race still plays a part in this discussion because if Obama was a full-blooded White man, he probably wouldn’t be subjected to this level of hate.  He could still try to compromise.  But then, he’d be seen as a weakling not worthy of the office of the president.  Again, he can’t win – not in this political climate.

Americans keep talking about changing the way Washington works.  Obviously, it’s not working now!  But, it’s not Washington itself; it’s the people, or rather our elected officials.  They just won’t work together anymore.  Everyone complains about that great partisan divide, but who’s going to do something about it?  Somebody needs to take the politics out of Washington and put back in public service.  We all deserve that much from the people who represent us.

While this may have redneck written all over it, it actually looks like a pretty good idea. 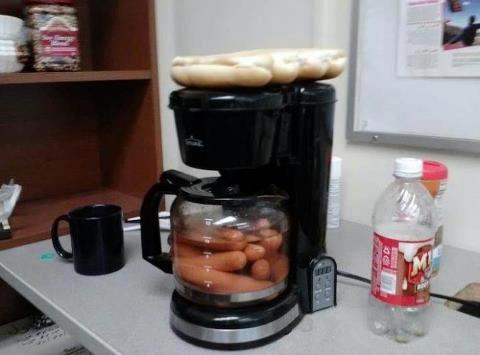