Illiteracy More Complicated Than Most Realize 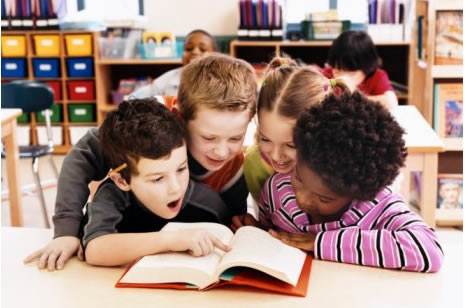 When a former supervisor of mine and his wife adopted a baby boy from Guatemala, I bought them a gift certificate to Babies-R-Us and a huge book of nursery rhymes.  The latter, from my perspective, was especially important.  I began reading at the age of 2, mainly because my parents knew early on that education is paramount.  In fact, I still have many of those childhood books, which are slightly tattered and probably collector’s items.  But, my folks didn’t have many of the same educational opportunities I did; they grew up in an environment where few people attended college.  My father recalls being steered from a drafting class in high school into a trade course where he learned the art of operating a printing press.  Nothing wrong with that, of course, but it’s the line the old woman who signed him up attached to it: “Most Spanish boys go into trade school.”  Naïve as he was, he didn’t know any better, but the implications are obvious now; only White people need apply.

As a writer, I’m naturally an avid reader.  I have about 5 different types of books on my reading agenda right now.  I just alternate between them.  But, I think even the average person understands the importance of literacy.  A literate population is less likely, for example, to engage in conflict and instead, to seek compromise or more peaceful resolutions.  Women who are literate are less likely to have children and more likely to become active members of their communities; that is, they suddenly realize they can do more with their lives than be wives and mothers.  That may be one reason why governments and religious institutions in the past would rather keep the masses illiterate and ignorant; an educated populace can be dangerous in the eyes of some.  Look at what happened in Afghanistan when the Taliban took over in the 1990’s.  The male-dominated hierarchy shoved women and girls out of schools and enforced a strict Islamic doctrine as the only necessary education.  The rest is tragic history.

Writer and educator Walter Dean Myers knows a few things about literacy.  He’s the author of more than 80 books, ranging from picture books to realistic young adult fiction, and the recipient of numerous literary awards: 2 Newbury Honors, a Virginia Hamilton Award for Lifetime Achievement and the 1994 American Library Association’s Margaret A. Edward Award.  Most people, at 74, would prefer to slow down after a similar lifetime of hard work and accolades.  But, to Myers, children’s literacy is too important an issue for him to rest on his own laurels.  Besides, he has a new title – National Ambassador for Young People’s Literature.  And, the matter of teaching kids to read and write is much more complicated than just getting them to sit still.  As Myers reveals
in this interview, it all begins with adults willing to take the time to read to those same kids.  After all, our nation’s future and viability in a constantly-changing global market depend on it.