Recently, photographs of an all-white, or albino killer whale taken in the far Northern Pacific, near the Aleutian Islands, have surfaced.  Nicknamed “Iceberg,” researchers believe it may be the same whale spotted in 2000 and 2008, but they’re still not certain if it’s a single anomalous creature, or just one of many such animals that simply haven’t been seen before the advent of modern photography and more adventurous scientists.  Regardless, it’s a fascinating mystery.  Check out this story, which includes video of the whale. 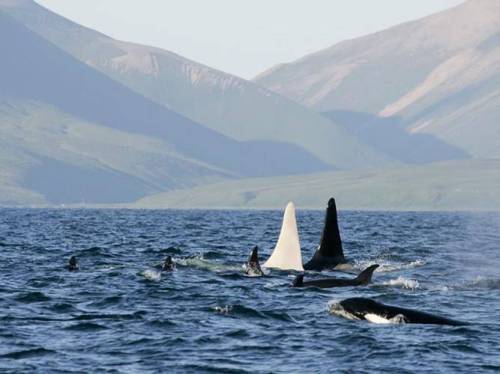