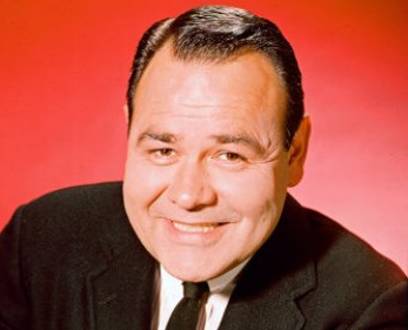 Legendary actor and comedian Jonathan Winters died Thursday, April 11, at his home in Montecito, California.  He was 87.  There aren’t enough superlatives to describe what an extraordinary comic figure he was.  His somber-looking face and corpulent figure hid a genius for rapid-fire wit and improvisational fortitude.  In a career that spanned six decades, he performed regular stand-up and appeared in scores of movies and TV programs.  His gallery of characters included Maude Frickert, a grandmother with a sharp tongue and wandering eye, and Elwood P. Suggins, a Midwestern farmer who thought “eggs 24 hours a day.”

His impromptu performances had no equal.  Some of the best came while donning a variety of hats, or picking up an object; each prop serving as a conduit to a slew of other personas.  He could go on forever with such antics, complete with verbal sound effects, and no one got tired.  I know I could watch him for hours, if I had the opportunity.

His comedic genius inspired such people as Robin Williams and Jim Carrey.  There was no one quite like Jonathan Winters.