Destruction of the Yediluke Orchards in Istanbul 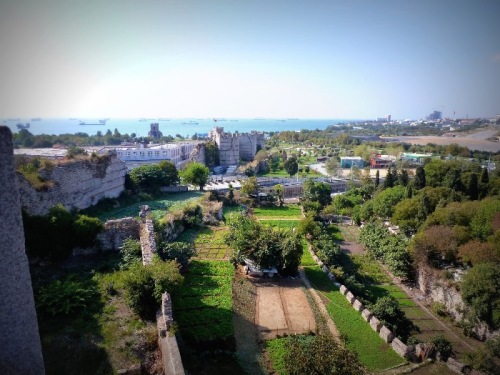 The Orchards lining the Land Walls of Constantinople, now Istanbul.

If you want any more proof that our contemporaries often have little or no respect for the world’s cultural treasures, just look to Istanbul, Turkey, where authorities are destroying the Yediluke Orchards in the name of progress.  So-called modernization usually guts the ancient past.  The Yediluke Orchards are a prominent feature of the Seven Towers Fortress; a vast complex that has stood for some 1,600 years.

Built during the Byzantine Empire, the Seven Towers Fortress was part of the former Constantinople; the historical metropolis established around 650 B.C. that sat on the Black Sea, as Istanbul does now.  It joined Europe and Asia and served as the base for the early Christian Church.  Constantinople was a major cultural, religious and political center for centuries.  Even now, contemporary Istanbul is the proverbial gateway between Europe and Asia.

The Yediluke Orchards run along the outer walls of the Seven Towers Fortress and supplied residents with food.  Today, as city officials destroy the orchards, local citizens have begun to protest.  As you might expect when people try to stop their government from committing atrocities of any kind, they became subject to police brutality.  We’ve seen this happen before though.  In the North African city of Timbuktu, ancient manuscripts were destroyed amidst carnage unleashed by Al-Qaeda-backed rebels.  In Belize recently, workers almost completely destroyed a 2300-hundred-year-old Mayan period to use the rocks for road fill.

If it was left up to we writers, poets, painters and other artists, wars would not erupt over such trivial matters as oil and diamonds and our ancient past would be kept in tact.  It’s too much to ask of our political leaders to relinquish their cherished power for the sake of humanity.  But alas, my rationale is viewed as too utopian for practical application.

In Istanbul, citizens continue to protest destruction of the Yediluke Orchards.  I can only hope they win the battle. 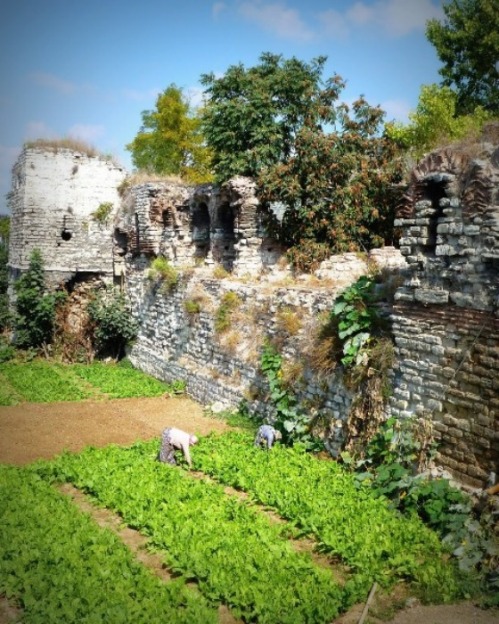 Even now, the Yediluke Orchards serve a purpose.

One response to “Destruction of the Yediluke Orchards in Istanbul”