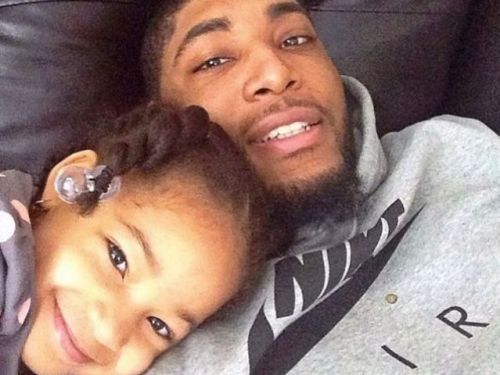 With all the bad news surrounding professional athletes these days – as if there ever is any other kind of news surrounding professional athletes – I think it’s important to focus on Devon Still, a defensive tackle for the Cincinnati Bengals. This past June Still learned his daughter, Leah Sari, has Stage 4 neuroblastoma, a rare pediatric cancer, in her abdomen. The Bengals granted Still a leave of absence from team activities to tend to her. They cut him from the team earlier this month, however, but then, resigned him to the practice squad, which means he retains a paycheck and his health insurance. In order to raise awareness about pediatric cancer, Still coordinated a fund raising drive in which donations will be made on the number of sacks the Bengals make this season.

On September 8, the team announced it will donate all proceeds from the sales of Still’s jerseys to pediatric cancer research. Three days later they signed Still to their 53-man roster, since they had a spot available. As of now, they’ve raised in excess of $400,000. More importantly, Leah Sari has responded positively to an intense round of chemotherapy at Cincinnati Children’s Hospital and has a major surgical procedure looming ahead. But, it’s great news.

It’s just as good that there’s a father who places so much emphasis on the health of his child than he does on his career. But then again, that’s what the overwhelming majority of fathers do anyway, including those in professional sports. It’s sad, though, the media doesn’t place the same degree of attention on Still as it does the miscreants they claim populate professional athletics.

Thanks to fellow blogger Jueseppi Baker for highlighting this story.