Oh yea, baby! Give it to me and make it hurt! 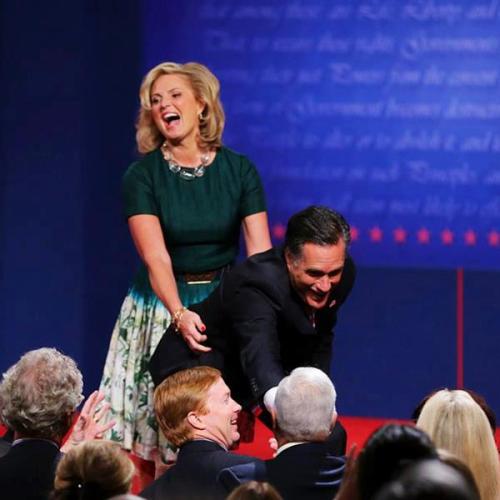 Get ready, America!  This resembles what the Romneys have in store for the 47%! 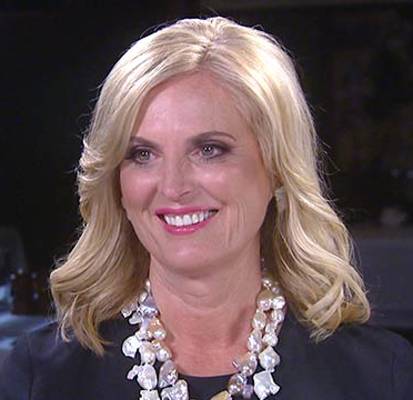 In case anyone feels this broad doesn’t have a clue what real working people experience, just read through these gems that came from Ann Romney’s perfectly-manicured lips.  Damn!  She gives Michelle Bachmann and Sarah Palin some tough competition!  Just remember, Ann Romney’s dressage horse gets a $77,000 tax credit, while the average child – including those of many Republicans who’ll probably vote for her husband – gets a paltry $1,000.

“We can be poor in spirit, and I don’t even consider myself wealthy, which is an interesting thing.  It can be here today and gone tomorrow.”

“Why are you here?  What made you come out of your house today to this event?  And what do you think about the future?  I love the fact that there are women out there who don’t have a choice and they must go to work and they still have to raise the kids.  Thank goodness that we value those people, too.  And sometimes life isn’t easy for any of us.”

– Commenting on the average American woman at the Connecticut Republican Party’s Prescott Bush Awards Dinner in Stamford this past April.

“We were happy, studying hard.  Neither one of us had a job because Mitt had enough of an investment from stock that we could sell off a little at a time.”

– In a 1994 interview with the Boston Globe, when Mitt was running for the U.S. Senate.

In an interview with a Baltimore radio station, Queen Ann pressed the audience to believe that, despite her husband’s stiff demeanor and penchant for human and canine bullying, he was really lots of fun, adding that “we better unzip him and let the real Mitt Romney out.”

“We’ve given all you people need to know.”

– In an interview with ABC’s “Good Morning America,” when asked why more of Mitt’s latest tax returns won’t be released publicly.

I know there’s more from Queen Ann, but this is about all I could stomach for now.  Hostile comments welcome.

In Defense of Hilary Rosen 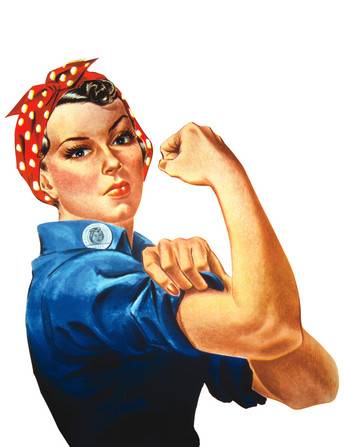 The flurry of activity surrounding Hilary Rosen’s recent comment that Ann Romney “has actually never worked a day in her life” is dizzying.  Right-wing media hounds naturally jumped on Rosen, a Democratic strategist, and painted her and the entire Democratic Party as hostile to traditional family values.  Even President and Mrs. Obama weighed in on the issue, each emphasizing that motherhood is a difficult endeavor.  In typical conciliatory fashion, the Democrats have haphazardly begun trying to explain Rosen’s statement and declare their overwhelming support for the family unit.  Rosen finally back tracked on Thursday and apologized to Romney.  She should have stuck to her words.

Like millions of American women, Ann Romney chose marriage and motherhood as her career.  There was a time not too long ago, when that was really the only career choice women had.  But, it’s not so much an individual choice as it is a blessing.  Romney is fortunate to be married to a man who earns (actually, in his case, has) so much money that she doesn’t have to work.  But, any woman in the same situation doesn’t make that selection on her own; her husband is the other half of the plan.  Men have no choice but to work anyway, when they bring children into the world – unless he wants to be labeled a deadbeat dad and possibly imprisoned.  Yes, motherhood is a full-time job – so is fatherhood, in case anyone hasn’t figured that out.  But, it’s a different game being a parent and having a full-time job outside the home.  Millions of women – and men – don’t have the privilege of staying home with their kids; they have to go to work.

Historically, presidential candidates have been relatively affluent.  How else could they spend so much time campaigning?  But, Mitt Romney breaks the mold.  He’s the single richest presidential candidate we’ve ever had with an estimated net wealth between $150 million and $200 million.  No wonder his perfectly-coiffed wife doesn’t have to work!

I doubt if Ann Romney knows what it’s like to scramble out of the house at 6 or 7 on a rainy weekday morning, hoping to get her kids to day care or school on time, so she, in turn, can make it to work.  I can’t see that Romney has ever been tied to a time clock, worried that she might not get her 40 hours in for the week because someone with more seniority will temporarily take her place.  I’ve seen that happen.  Does Ann Romney know what it’s like to dread an annual review, hoping she gets at least a 5% raise?  Does she know the feeling of exhausting all her vacation days before year’s end when one of her kids suddenly gets sick?  Has she ever dragged her sick body out of bed to go to work because she fears losing her job and therefore, her benefits?  Has she ever been forced to work overtime: late nights and weekends?  Has Romney ever dealt with bully bosses and rude coworkers?

I worked with a woman whose daughter’s high school graduation was held on a Friday.  Our supervisor wouldn’t give her the day off because one other person was scheduled to be on vacation that same week.  My colleague addressed our department manager about the problem; the latter intervened and forced our supervisor to give her the day off.  But, my constituent later confided she was worried the move would cost her the job.  Around that same time, a male friend of mine experienced an identical dilemma with his son’s high school graduation.  But, his boss told him he would definitely lose his job if dared to take the day off.  So, he had to go into the office and miss out on a typical, but major milestone for his only son.

My mother went to work at age 19 and retired 51 years later.  One time, early in her career, a male supervisor reached under her skirt; in another instance, a man in her office sneaked up behind her and popped her bra strap.  In the 1980’s, she had a male boss who told younger women in the office to ignore her because she was “going through the change.”  Shortly afterwards, a female friend and coworker was promoted to supervisor – and turned on her and other women in the office, apparently relishing in her new authoritarian role.  At the age of 56, my mother quit that company to work for another in the same industry.  But, towards the end of her working years, she had another female boss who, for some reason, simply didn’t like her – and made it known with paltry salary increases and hostile comments in front of others.

My father started working at age 14 and, except for a brief stint in the Army during the Korean War (mandatory because he’s male), also labored for the better part of half a century.  At most, he got 2 weeks of vacation, dealt with a stingy boss and drug- and alcohol-addicted coworkers and stood on his feet most of his working life; his knees are now paying the price for it.  He was laid off in the early 1990’s and then brought back on as a contract worker.  When he got laid off again shortly thereafter, he didn’t qualify for unemployment insurance because he was considered a contract worker.

A close friend of mine is the sole breadwinner in his immediate family.  He and his wife made the decision, when they started a family that he would work and she would stay home.  But, it’s been rough.  A software programmer, my friend bounced from one contract job to another as the technology bubble burst at the turn of the century.  He had a brief bout with cancer, broke a small bone in his neck in a freak accident and drove a car without air conditioning.  If you’ve endured a summer in Texas, you know that’s almost a fate worse than death.  But, he persevered and continued working – he had no choice.  His wife actually knows what it’s like to labor outside the home and, more importantly, knows how blessed she is to have a considerate, hard-working husband.  Millions of other women in America aren’t so fortunate.

Can Ann Romney relate to any of these scenarios?  How about Mitt?  If they say yes, then I’ll give them more than a passing glance.  During his 1992 run for president, Bill Clinton told a woman during a debate with then-President George H.W. Bush that he “gets it,” referring to the economy.  And, he really did – as opposed to his rival who seemed oblivious to everything but his watch.  Ann Romney rebuked Hilary Rosen by claiming she’s had her own battles in life.  Well, everyone has a hard luck story somewhere in their background.  But, unless Romney’s “battles” have been catastrophic or life-threatening, she’s going to run into the brick wall of middle class reality where people can’t rely upon a trust fund, or don’t have an elevator for their cars.  People like my parents and my good friend are the ones Hilary Rosen was talking about.  They’re the ones who built this country and have kept it going.  They’re the ones who’ve been screwed by failed trickle-down economic policies that favor the largest corporations and wealthiest individuals; people like the Romneys who reside in the ivory tower of the top 1% of the top 1%.  The rest of us – with or without kids – go to work.  That’s the only choice we have.

Second Quote of the Day

“My career choice was to be a mother.”