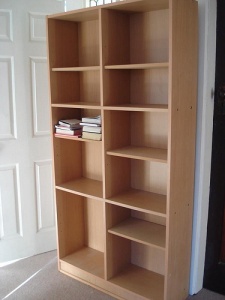 Count Bryce Milligan, publisher of Wings Press, among Amazon’s detractors.  In an essay on Paid Content last month, Milligan suggests that the publishing and book distribution giant’s business practices may pose a threat to American intellectual freedom.  He highlights the recent dispute between Amazon and the Independent Publishers Group over Kindle versions of some 5,000 titles IPG had in stock.  IPG refused to bow to Amazon’s demands for better contract terms.  It may be the first volley in a long battle to unseat Amazon’s increasing domination of the publishing world.  IPG is second to Amazon in book distribution.

“Amazon’s recent actions have already cut the sales of the small press I run by 40 percent.  Jeff Bezos could not care less,” Milligan claims in his editorial, speaking of Amazon’s CEO.  He lambastes Amazon’s efforts since 2009 to engage in charity by giving fairly large grants “to nonprofit organizations involved in literature and literacy.”  But, there is no application process; Amazon just asks for nominations.  Amazon says upfront that it’s looking for “innovative groups with a proven track record of success; an ability to work effectively with us to execute on the organization’s goals, including appropriate public outreach; and an established presence and voice in the publishing community.”  So far, these grants have appeared on the doorsteps of otherwise unsuspecting organizations.

Wings Press is a for-profit business and therefore, not eligible for grants – from anyone.  If Milligan sounds bitter, it’s understandable.  He publishes mostly poetry, a literary art form that’s often ignored by mainstream publishing houses.  If making a living from writing novels is difficult, poets embody the true spirit of the starving artist!  But, Milligan publishes works based primarily on its literary merits, not just to make money.  As a major corporation, Amazon, on the other hand, clearly is out to make a profit.  Offering “grant” money to charitable entities is a noble endeavor, but not if the giver is directing profits back to themselves.  Thus, is Amazon really just giving a proverbial Trojan horse?  It may be a matter of interpretation.  Read the rest of Milligan’s essay and decide for yourself.