“One might compare the journey of the soul to mystical union, by way of pure faith, to the journey of a car on a dark highway.  The only way the driver can keep to the road is by using his headlights.  So in the mystical life, reason has its function.  The way of faith is necessarily obscure.  We drive by night.  Nevertheless our reason penetrates the darkness enough to show us a little of the road ahead.  It is by the light of reason that we interpret the signposts and make out the landmarks along our way.”

If I told you Chris Maynard has an obsession with feathers, you might wonder what the hell that means.  But, artists rarely can explain why they do what they do; their work just shows it all.  For Maynard, feathers serve as an artistic medium in the same way paint or clay does to others.  They show “life’s perfection,” he says, in the way they conform to a bird’s body.  “Their complexity as a covering beats any clothing we make.”

Based in Olympia, Washington, Maynard’s passion developed when he began photographing feathers several years ago.  Then, he started to arrange them into various “shadow boxes,” before creating his own unique art form.  His creations are literally feather-light silhouettes of various types of birds from the actual plumage.

Maynard doesn’t harm, or poach, any birds to obtain the feathers; instead, collecting them from zoos, aviaries and bird rescue organizations.  He mostly uses parrot and pheasant feathers to sculpt replicas of hummingbirds, cranes, swans and others.  He sketches designs in a notebook, but spends time outdoors, observing the real thing.  Once back in his studio, he dons “big nerdy magnifying glasses” to see the feather’s details and utilizes eye surgery tools he inherited from his father, an ophthalmologist.  His academic background in entomology may have given him an edge in handling such delicate items, but he clearly has a passion for avian creatures.

“I hope that seeing birds in a different light through my artwork will encourage appreciation of avian life and hence a desire to conserve it,” says Maynard. 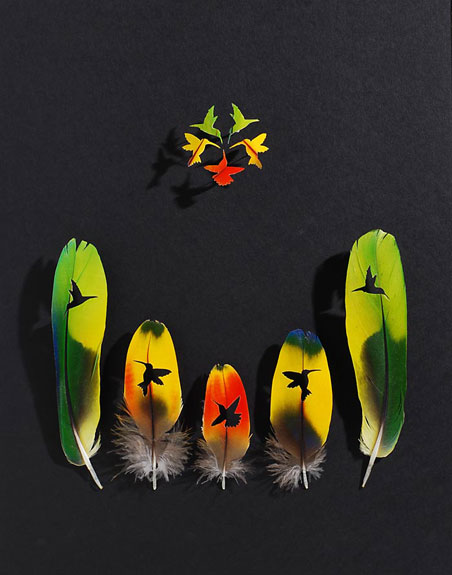 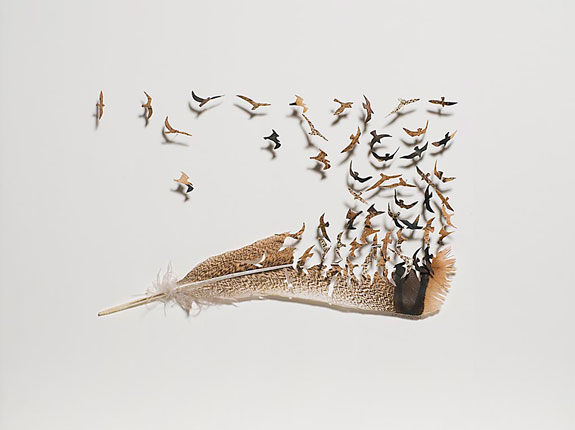 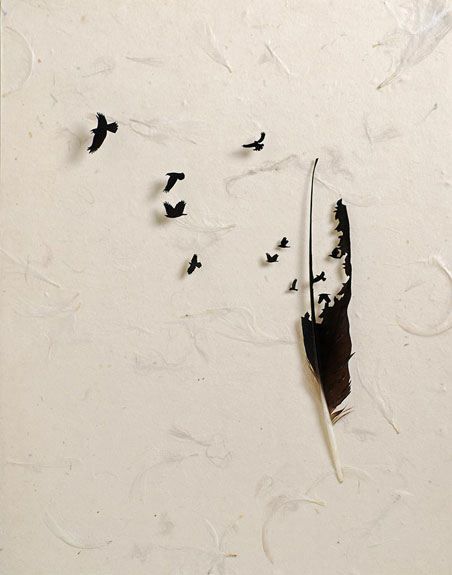 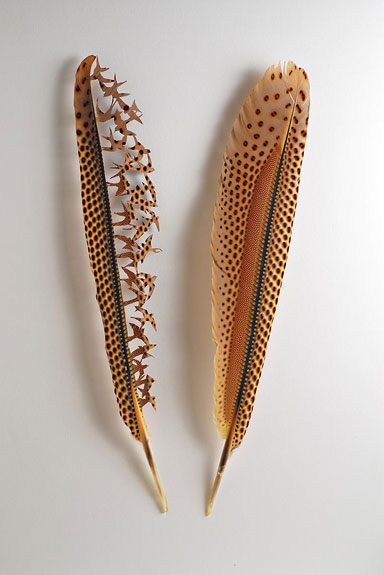