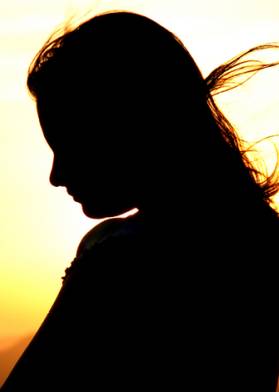 “I want to speak to your son,” the woman told my father when he opened the front door last Sunday, the 1st.  It was late in the afternoon, close to 5:00, and I had just spent the day vacuuming and dusting my parents’ home.  One of their neighbors, Lisa*, came over with her mother and youngest son in tow.  They seemed okay at first, so we didn’t know why Lisa wanted to speak with me.

But, within minutes, I understood she was terrified.  She’s either the type not to show such emotion, or manages to control herself well in public.  Through her heavy Vietnamese accent, though, she managed to relay what had just happened moments earlier.  Her ex-husband, Tran*, had arrived to pick up their 12-eyar-old daughter for a weekend visit.  The couple had been divorced for about a year.  The Roman Catholic Church had brought them over from Vietnam in the late 1980’s.  Here, they established a comfortable life and had 3 kids.  They’d lived next door to my parents for about 20 years.  I’d met them each once, but didn’t know them as well as my parents do.

Something, however, apparently went awry in that nice suburban existence.  You never know what happens behind closed doors.  Just like things always look great on paper, things can seem perfect for a family when the front lawn is nicely manicured.

There were a few times, when I first moved back here in 2007, however, that I suspected trouble brewed in that brown-brick house.  Standing in my parents’ back yard, watching my dog, I could hear a man’s voice blaring out from a closed window next door.  I only heard his voice, never anyone else’s.  I didn’t know what was going on and I didn’t want to know.  I don’t like to get involved in other people’s business.  No one really does, except the editorial boards of People and Vanity Fair magazines.

At some point, Tran moved out of the house.  She told my parents one day a couple of years ago that Tran wanted a divorce.  But, she refused to grant one, citing her Catholic faith.  My parents didn’t ask questions.  That was Lisa’s and Tran’s business; my folks didn’t want to get involved.

My dog, Wolfgang, alerted us to Lisa’s presence last Sunday.  He’d been lounging by the front door, peering out through the clear glass of the storm door, as he often likes to do.  I didn’t recognize Lisa.  I hadn’t seen her in a while.  I didn’t know the other woman was her mother and I had never seen Lisa’s youngest son.

Lisa’s daughter didn’t want to go with her father, she explained.  She retreated into her room and refused to come out.  When Lisa tried to close the front door on Tran, he damaged it and then left.  Lisa wanted me to come over and sit with her in case Tran returned.

I could just see Tran’s reaction if he did come back to the house he still owned and saw me sitting there with his ex-wife.  If he was that enraged and emotional to threaten Lisa and damage the front door, what would he do if was there?  Once, Lisa and Tran’s son told my parents that the family had gone out and, upon returning to the house, realized that they’d locked themselves out.  One of Tran’s brothers merely retrieved a gun from his vehicle and shot off the door knob.

I didn’t want to get involved.  But, I didn’t want to leave Lisa to fend for herself.  No, she’s not a child, or an animal, or a disabled person – someone truly defenseless.  But, she was obviously scared.  “No,” I told her, “you need to call the police.”

But, she was afraid even to do that; in part because of her heavy accent.  So, I stepped back into the house and called 911 myself.  I hurriedly escorted Wolfgang into my bedroom – since he’s not good with strangers – and brought Lisa, her mother and the boy inside.  Lisa’s daughter had left the house with her older brother.

The first of two police officers arrived almost immediately.  My father and I explained the situation as best we understood it.

“She was concerned the 911 operator wouldn’t understand her,” I told the fair-skinned policeman, a tall figure with a shaved head and bright blue eyes.  “They’re Vietnamese, and she –” I gestured to Lisa – “has a heavy accent.  But, their kids were born here,” I added, “here in the U.S.; in Texas.”

I felt the need to emphasize this latter fact, mainly because I don’t trust the police and don’t know how they’ll react to such circumstances.  They might think this was just an argument between a bunch of dumb gooks and leave it at that.  So, I guess if I pointed out that at least the kids were American-born, then the officer might take it somewhat seriously.

Another officer arrived soon afterwards, and thankfully, they took the case very seriously.  Tran had kicked the front inner door hard enough to impair the lock and – worst – had shoved Lisa.  When my father mentioned the gun incident to the first police officer, his expression proved he wasn’t just going to let this go.

The police remained at that house for a while.  Afterwards, Lisa returned to our house to thank us for calling the police.  “You come over here anytime you’re in trouble,” my mother told her.  “We’ll figure something out.”

As my attack schnauzer went into convulsive barking fits, I stepped outside and told Lisa, “You don’t have to put up with that.  You’re a human being and you deserve respect.  That may be Tran’s house, too, but he doesn’t have the right to terrorize you and the kids.”  I shook her tiny hand.  I didn’t want to try to embrace her.  In my culture, Hispanics consider hugs under such circumstances as a sign of respect and humanity.

I wasn’t afraid of Tran.  I just didn’t want to become mired in his family’s personal affairs.  But, the look of fear I saw deep within Lisa’s eyes told me I couldn’t just stand outside and let it go.  There seems to be a fine line between being nosy and watching out for your community.  Getting involved is sometimes necessary.

*Names have been changed.