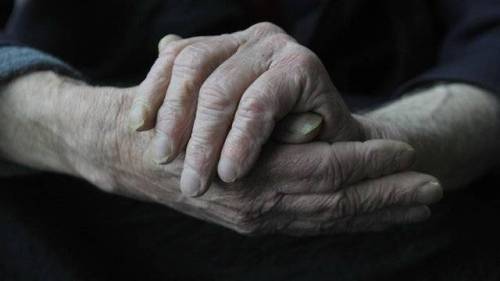 I’ve heard that a lot in recent years from both my parents.  I’ve watched them closely, as they’ve aged.  My father used authentic railroad ties to make borders for flower beds; just months after we moved into this suburban Dallas home in December of 1972.  Now, he has trouble putting on his socks.  My mother could remember the birth dates and phone numbers of everyone on both sides of my family.  Now, she often forgets what she did just five minutes ago.

As I fast approach 50, unmarried and childless, I wonder more and more what will become of me in 30 years – if I’m so fortunate.  “I think I’m going to die in this house,” I told one of my closest friends a few years ago, “alone.”

“What’s wrong with that?” he replied.

“Nothing!”  But, he apparently didn’t hear the “alone” part.

I’m a loner by nature.  I always have been.  Unlike my parents, I’ve always had trouble making friends.  They couldn’t understand.  It was simply beyond their comprehension why I didn’t have friends (especially female friends) calling me all the time during my teen years.

We writers are generally solitary creatures.  It’s how our minds are able to create such vivid settings and outlandish characterizations.  Having grown up so shy and timid, I found refuge in books and my own writings.  I’m not at all shy or timid now.  Years of being bullied and disrespected for being too nice and polite beat that out of me.  But, I am definitely still a loner.  I prefer the company of my dog to that of any person.  I’m certain I’ll continue to bringing dogs into my life.  I don’t fear death.  My only concern is that a canine will become trapped here in the house with me.  I hate people who abuse animals.  Thus, it would be a tragic irony if I collapse alone in this house, and my four-legged companion suffers a miserable demise because of it.

Life expectancy in the U.S. now stands at nearly 80.  It would probably be closer to 90 if obesity wasn’t such a pandemic.  It’s obviously a good thing that people are living longer.  Yes, it’s better to die at 90 than at 19.  But, what good is it to live so long and end up struggling just to get to the bathroom?

As with anything, though, quality of life is more important than quantity.  My idea of a good life is to be well-read and emotionally stable.  I’ve finally learned not to worry what other people think of me.  Their rules no longer apply to me.  I can write well into the pre-dawn hours; play with my dog; listen to my favorite music; have a mixed drink or a glass of wine – and not feel the need to have another person beside me.  I’ve had only a handful of relationships – all of which ended unhappily.  I supposed it’s because I’m too independent.  Relationships take a lot of time and effort.  And, if one cuts into my writing time, or efforts to go to the gym, then a problem arises.  Thus, my prediction I will die alone in this house.

I will have company in that regard, albeit vicariously.  The Administration on Aging, a division of the U.S. Department of Health and Human Services, found that, as of 2010, there were about 40 million people age 65 and over living alone.  That number could increase to 55 million by the end of this decade.  In 1950, only about 10% of Americans age 65 or older lived alone.  Of course, life expectancy at the time stood at just about 65.  But, the rates of solitary seniors have also been increasing sharply since the 1990s because of the large number of “Baby Boomers” entering their golden years.

People look at you strangely when you begin talking about aging and death.  But, I’ve always been the type to think as far ahead as possible.  Often, I haven’t planned too well in advance, but it’s always the thought that counts.  My parents feel they are fortunate to have me around; even though it’s stressful trying to care for them, while working to get my freelance writing career out of the airport hangar.  (It’s inching closer to the tarmac every day, but it’s not quite there yet.)  And, I’m back on that same quandary: who’s going to take care of me when I’m old?  A dog makes a great companion.  But, while they may warn you that a stranger is approaching the house, they can’t run to the grocery store – not in the real world.  My father is 80 and still drives, even with one eye and a prosthetic knee.  I dread the day I have to confiscate the car keys.  That would be a proverbial death knell for him.  But, at least I’m here for him.

I’ll just deal with that when it comes time.  I’m trying to stay as healthy as possible and genuinely hope to live a long time.  But, on the day I drop dead, I wish for 2 things: I’m freshly showered and there are no dogs left to wander about the house, moaning in agony.  Yes, it’s hell getting old.  But, it’s hell not to live a full life.  I’ll take the old part, along with the full life.