“The Earth is what we all have in common.”

“Contraception is seen as harming the gifts God gave us.  You can’t put in physical barriers like condoms or chemical substances that are going to obstruct the natural design of the ovaries.”

With a global population fast approaching 8 billion, I actually see the idea of contraception as humanity’s gift to itself.  And the fewer devoutly religious people we have in our midst, the better!

The Ark Hotel – Saving Humanity from Itself 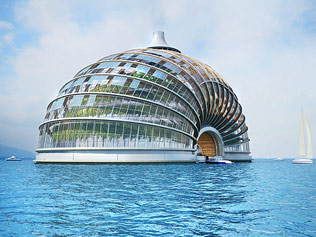 In 1972, a movie entitled “Silent Running” arrived in movie theatres.  Bruce Dern portrayed a scientist named Freeman Lowell, the caretaker of a greenhouse affixed to a space station.  It contains the remnants of Earth’s vegetation; a refuge for flora devastated by overpopulation and war.  The film was among a gallery of entrants into the science fiction genre that, in the 1960s, had metamorphosed from alien creatures wreaking havoc upon hapless Earthlings to a frighteningly futuristic world where we are our own worst enemy.  With Earth’s population now at 7 billion, and the planet’s resources being stretched, this is becoming more of a reality.

Against this horrifying backdrop comes the “Ark Hotel,” a joint Russo-Chinese venture designed by the International Union of Architects for a project called Architecture for Disaster Relief.  Looking something like a prehistoric sea creature, or a ‘Slinky’ on steroids, the dome-shaped structure is comprised of wooden arches, steel cables and a self-cleaning plastic layer instead of glass.  It’s adaptable to either land or water usage.  The myriad arches and cables distribute the weight evenly; thus it can stand earthquakes, tsunamis and perhaps rambunctious toddlers.

Daylight filters through the sturdy glass to reduce the need for lighting.  Its solar panels and rainwater collection system provide inhabitants with power and water.  An internal garden provides some semblance of a landscape for guests and / or inhabitants, which in turn, act as a greenhouse.  The same lighting setup might allow for vegetable gardens. 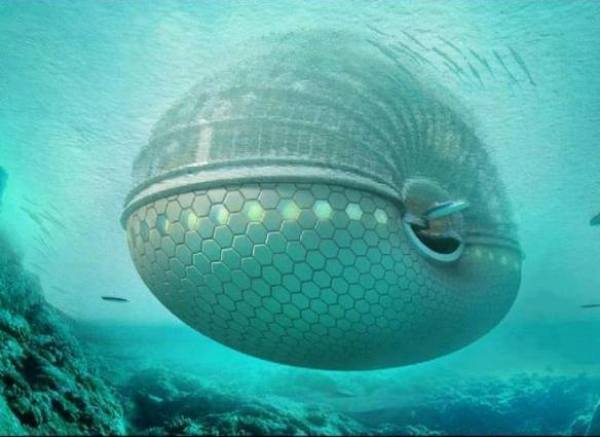 Regardless, the Ark Hotel is either an extraordinary example of ambitious engineering or more proof that planet Earth is overpopulated.  It seems to be no coincidence that the term “ark” is part of its name. 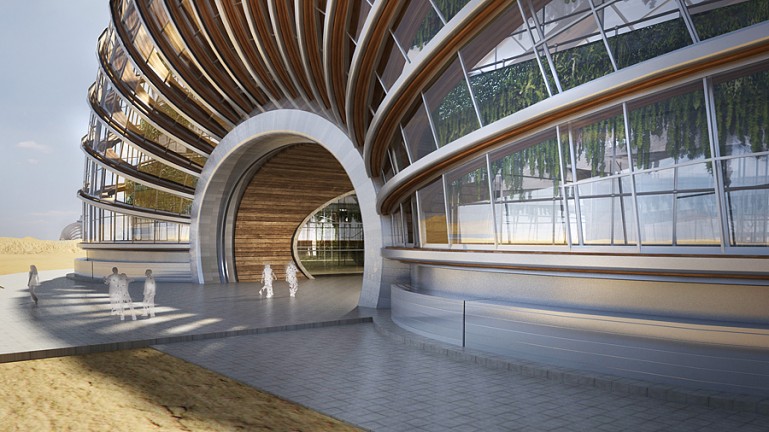