Yes, I’ve Used Those Words – And So Have You 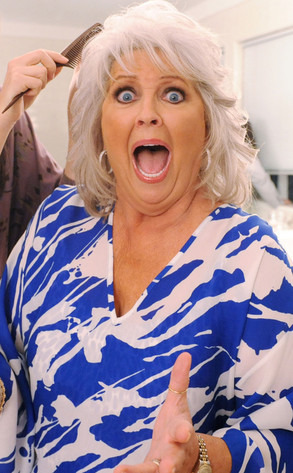 Here in the U.S., the “Society of Political Correctness” is swept up in an unending tizzy about racist comments once made – years ago – by culinary maven Paula Deen, the self-proclaimed “Queen of Southern Cooking.”  Deen, head of a multi-million dollar gastronomical empire that’s geared to maintaining high rates of obesity in the world’s richest nation, has been in relentless defensive mode since she admitted using a racial slur to describe a Black man who held her up at gunpoint in 1987.  The fiasco began – ironically – when a White former employee of one of Deen’s restaurants filed suit against Deen citing the latter had repeatedly used the term ‘nigger’ to describe Negro people.  The former employee, Lisa Jackson, claims the comments were especially hurtful because her own nieces are bi-racial with a Black father.  In a court-ordered deposition, Deen admitted she’d used the ‘n’ word more than a few times in her life.  Consequently, sponsors have been dumping her faster than bail bondsmen have dumped Lindsay Lohan.  Even Wal-Mart has pulled Deen’s merchandise!  And, how can any decent southern White woman be a bona fide redneck if Wal-Mart doesn’t stand by her?

I can’t speak for other countries, but anyone age 30 and over here in the U.S. who claims they’ve never ever, not once used a racial epithet to describe someone of a different ethnicity in the heat of anger or in the midst of an episode of temporary stupidity is either lying, mentally retarded, or has been in a coma since birth.  I’ve used all sorts of unsavory terms to describe people of different races.  Hell, I’ve even used them against my own people: Spaniards, Mexicans and Germans!

Yes, I’ve used the word ‘nigger’ before!  I’ve also spit out such hateful terms as ‘spic,’ ‘redskin,’ ‘chink,’ ‘gook,’ ‘hebe,’ ‘redneck,’ ‘White bitch,’ and ‘George W. Bush’ to describe people.  Here’s the difference: I’ve always stepped back and thought how stupid that was of me.  I should know better than that.  But occasionally, I get mad at someone – so outrageously mad – that I let loose with a barrage of insults.  We all have those weak moments; those brief periods of intellectual vacuums where we let our emotions get the best of us and nothing we say makes sense.  It’s just part of human nature; we’re an imperfect species.  We don’t always say the right thing.

That’s probably what happened to Deen that night in July of 1987 when a gun-wielding Black man threatened her while she worked as a bank teller.  Terrified because of the incident, she slipped into a nonsensical frame of mind and started rambling.  No one seems to be upset, however, that a Black man disrespected the rule of law by putting a gun to Deen’s head and robbing a bank; therefore, feeding the myth that Black men are naturally predisposed to violence.  They’re more concerned with Deen’s angry verbiage.  Does that make sense?

Here’s something else: Deen isn’t a Yale law professor; she’s essentially a glorified chef who happened to get lucky enough to turn her passion for butter- and salt-laden foods into a fortune.  I wish I could do the same with my masturbatory techniques, but I think the market is already overwhelmed by 40-something Spanish / Mexican Indian / German men playing with themselves online.

Deen has apologized profusely.  She even appeared on the “Today” show last week and tearfully told host Matt Lauer, “I is what I is.”  As a writer, that particular verbiage almost gave me an aneurism!  But, what else can she do?  Kill herself on live TV?  She’s already slowly doing that with her daily menus.  People need to give it a rest and lay off Deen.  Many folks have rallied to her defense, including some Negroes.  I’ve never been a fan of Deen, but I don’t understand why this matter has taken up so much media time.  In the state of Texas, some 45% of residents under age 17 have no health care coverage, and on the nation level, we’re building more prisons than schools.  That’s what bothers me – not the brainless rants of a 66-year-old woman who deep-fries everything that crawls out of her refrigerator.  I’m not trying to tell other people what to think or how to feel.  If some are offended by Deen, then I respect their sentiments.  She’s just not someone I’m worried about.

In the meantime, I have to set up for my next solo video shoot.  I’m determined to break into that market after all.