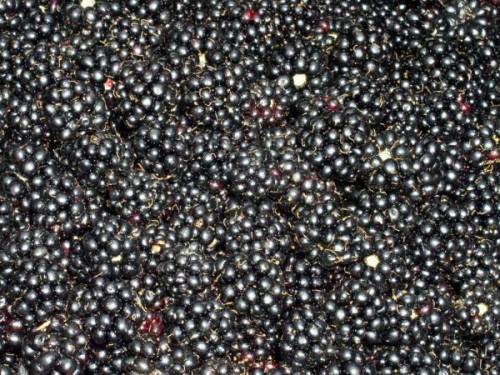 Survivalist Tip: Continuing with the fruit theme, consider adding blackberries to your cache of food supplies.  Like blueberries (which I mentioned yesterday) they are indigenous to North America, particularly California.  The native peoples of the region – mainly the Calif and Malibu nations – used them in – what else? – religious ceremonies, but also for their natural healing properties.  Blackberry tea is good for chest congestion and coughs.  During the Civil War, doctors discovered blackberry tea could even help fight dysentery.  You may not face dysentery in the aftermath of the apocalypse.  Dysentery is so 19th century.  But, chest congestion and coughs are likely to develop because you may be cooped up with several other people.  And, coughs are definitely something you don’t want to battle as you struggle to survive.  A bad cough just sort of ruins your day.

One cup of blackberries has about 62 calories.  Blackberries are packed with an element called anthocyanin, which actually creates that dark pigment.  But, it also helps with digestion and acts as an anti-inflammatory.  As with coughs, poor digestion and inflammation of any part of your body are issues you don’t want to deal with during the upheaval.  You can’t fight off intruders with inflamed hands.