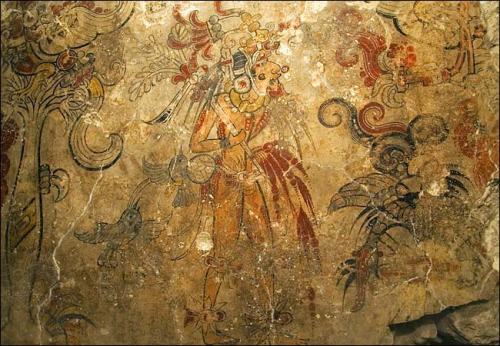 Survivalist Tip:  Hurricane Sandy’s assault upon the northeastern United States should remind everyone how vulnerable we are to this type of weather phenomenon.  Tropical storm systems have been striking most coastlines of the world since the beginning of time and aren’t going to stop just because someone builds a million dollar beach front home.  It’s important for you to understand just what a hurricane is and what it does.

As I mentioned in a previous post, the term “hurricane” is an anglicized version of Huracán, a Taino Indian deity.  The Mayans and other indigenous cultures of the Americas documented these types of storms and respected them for the power they held and the damage they could impose.  It’s one reason, for example, why Europeans didn’t find many people already populating what is now southern Louisiana or the Carolinas’ Outer Banks.  Native Americans knew those regions were at risk for hurricane strikes.  Hurricanes are also known as typhoons and cyclones.

As the name implies, a tropical hurricane is a storm system with a low-pressure center that forms in the world’s tropical regions.  Conversely, an arctic hurricane is a low-pressure storm system that forms in either the Arctic or Antarctic Circles.  The latter are more commonly known as blizzards.  In the Northern Hemisphere, hurricanes rotate in a counter-clockwise direction, and in a clockwise direction in the Southern Hemisphere.  Full-fledged hurricanes normally don’t form in the Atlantic Ocean because the region lacks a weather system called the doldrums, which occurs when air rises, but does not move.

Several factors have to come together for a hurricane to form, but its primary energy source is heat – both from water and air.  While an initial warm core system, such as an organized thunderstorm, is necessary for the formation of a tropical cyclone, a large flux of energy must also lower atmospheric pressure more than a few millibars, about 0.10 inch of mercury.  The inflow of warmth and moisture from the underlying ocean surface is critical for tropical cyclone strengthening.  Condensation leads to higher wind speeds, as a fraction of the released energy is converted into mechanical energy; the faster winds and lower pressure then cause increased surface evaporation and thus even more condensation.  Much of the released energy drives updrafts that increase the height of the storm clouds, speeding up condensation.  By that point, the storm has developed an eye; the winds rotating immediately around that eye are the fastest and the most consistent.  It is this wind speed that meteorologists measure.

While a hurricane’s winds are deadly enough, the greatest danger is the storm surge – the water that the hurricane shoves out of its way as it approaches land.  This type of ocean water movement behaves differently than tsunamic waves, which are generated by some kind of seismic activity, or a submarine landslide.  Like tsunamis, though, storm surges stretch the height of the ocean body, from the surface to the floor.  But, the waves are more dome-shaped.  High and low tides also factor into the damaging effects of storm surges.  In the case of high tides (such as with Hurricane Sandy), they’re particularly deadly.

Once on land a hurricane usually collapses because it has been cut off from its vital water supply.  But, some can travel far inland.  In 1969, Hurricane Camille struck the U.S. Gulf Coast and died out as a tropical depression off the coast of Virginia.  Heavy rainfall is closely associated with hurricanes.  Unlike normal storm systems – which dissipate after releasing all their moisture – hurricanes suck up water from the ocean and recycle it.  Rainfall amounts can be astounding.  A typhoon that struck the Philippines in 1940 dumped a total of 8 feet of rain.

Despite their damaging effects, hurricanes actually serve a purpose.  Because they are essentially heat engines, they redistribute heat that builds up in tropical regions.  They can end droughts, squash forest fires, and replenish lakes and reservoirs.  When Hurricane Georges struck the U.S. Gulf Coast in 1998, it obliterated a massive infestation of mosquitoes and gnats.

I know this is a lot of information to digest in one sitting – and I’ve barely touched the surface of it!  But, like I said, it’s important to comprehend how hurricanes function.  They are a critical part of our world’s climate and environment.  Just remember – Huracán doesn’t care if you’ve carefully planned a vacation to a coastal hotspot.  When that bitch gets mad, run!