I’m sure the thought of sending letters and other messages across a telephone line was as alien to people in the 1970s as a Negro winning the presidency was to many Americans in the 1990s.  Be careful what you think won’t happen because it probably will!

Since today marks the 25th anniversary of Tim Berners-Lee’s “Information Management: A Proposal,” which gave helped create what we now know as the Internet, I felt it’s appropriate to prove that the concept of electronic mail is not brand new.  In 1977, Honeywell, already a leader in engineering and infrastructure, pushed business towards the brave new world of digitalization.  At a time when phones were still tied to walls, this was unimaginable.  And, as this advertisement shows, it could also be intimidating.  It’s still amazing to realize that, in less than four decades, we’ve gone from just thinking about email to carrying computers in our pockets. 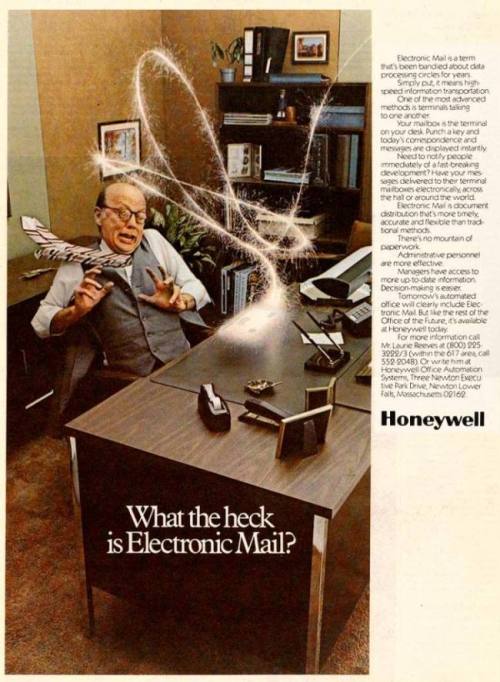 One response to “No Postage Needed”