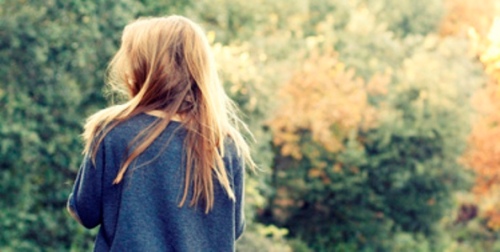 “If this rain keeps up,” said Lydia, “I think the garage roof is going to collapse.”

“What’s that?”  Miranda was leaning forward.

“The garage roof!  It’s sagging in one part.  Every time it rains –”

Lydia peered through the rain and, between the wiper blades, could see a small figure some distance ahead.

A young female, a teenager perhaps, with shoulder-length blonde hair and a purple tee shirt stood off to the right.  As Lydia’s car approached, the girl waved her arms.

Miranda lowered the window halfway and grabbed her cell phone.  Lydia reached towards her pistol she had tucked into the driver’s side door panel.

“Can you help me?” the girl asked.  She propped her tiny frame atop her toes, stretching so she could be heard through the partially-opened window.

“Of course,” replied Miranda.  “What happened?”

“Well…”  She looked behind her for a moment.

“Can you just call the police?”

Miranda didn’t tell the 911 operator about anyone being buried.  “I don’t know what’s wrong,” she said.  “But I can tell she needs help.  She’s out here on this road alone in the rain.”

A few minutes later a solitary police officer arrived.  By then the blonde girl had retreated closer to a rut alongside the road.  Lydia had edged her SUV as close to the edge as possible, allowing more room for the handful of other vehicles that passed by.  No one else seemed to notice the girl, Lydia thought, except her and Miranda.  The girl had refused Miranda’s offer to jump into the back of the SUV.

“I don’t know what’s wrong,” Lydia told the police officer, a tall woman with her hair pulled back into corn rows.  “My sister spotted her first – back up the road.”

“What’s her name?” asked the officer.

“I asked her,” said Miranda.  “But she didn’t say anything.  She just moved off to the side there.  And she didn’t want to get in the back.  You know – to get out of the rain.”

“She said her friend was buried,” Lydia answered.  She looked at Miranda.  “Right?”

“Yeah,” replied Miranda.  “That’s what she said.  I asked her what she meant by that, but she didn’t say anything more.  She just said to call the police.  I’m the one who called,” she added, holding up her phone.

“Okay,” muttered the policewoman, peering at the girl from over the SUV’s hood.  “Dispatch mentioned that, but I wanted to make certain.  I’m Officer Robinson.  I’ll talk to her.  Can you two hang out here for a little while?”

“Sure,” rejoined her sister.  She whipped her head around as the wail of another police siren bellowed from behind them.

Two more police vehicles arrived.  Robinson talked briefly with the two policemen who joined her, before approaching the blonde girl.  “Excuse me,” she said gently.  “What’s your name?”

The girl finally spun around as Robinson got closer.

“Elizabeth,” the girl muttered after a second or so.

“What kind of trouble?”

“She’s buried.  Way back there.”  She gestured towards the heavily-wooded area behind her.

“What do you mean she’s buried?”

One of the male officers approached.

“She’s buried!  Someone tried to kill her.”  Her voice quivered.

“Who?” asked Robinson.  “Who tried to kill your friend?”

“Where exactly?” asked the policeman.

“Back there!” Elizabeth blurted, haphazardly swinging a hand behind her.  “I’ll have to show you.  Can we just go out there?!”

Miranda had lowered her window again and tried to hear what the two officers were saying to Elizabeth, but commotion from more law enforcement prevented that.  “Buried?” she muttered.

Lydia took in the bevy of police officers descending upon the area.  “Looks like a freakin’ drug bust.”

“Buried,” Miranda repeated, more to herself.

“You can lead us to your friend?” a supervisor named Zerega asked Elizabeth.

“Okay,” replied Zerega.  “Take her in your car,” he told Robinson.  He turned to another female officer, Jackson, and ordered her to accompany them.

Jackson joined Elizabeth in the back seat.  “Which direction?” she asked the girl.

“Just back down this road,” said Elizabeth, leaning forward.  “I’ll show you where to turn off.”

“What’s your friend’s name?” Jackson asked, but Elizabeth seemed distracted, as she stared out the window.  Jackson took visual note of the girl’s shaggy appearance: damp clothes; messy hair; mud-stained white casual shoes.  She smelled of grass and dirt, and Jackson wondered if the girl had tried to dig her friend out of…wherever she was, before seeking help.  “What’s your friend’s name?” she asked again.

“Coming up here on the right,” Elizabeth blurted out, leaning forward.  “There’s a dirt path.  It’s easy to miss, so slow down.”

“Okay,” answered Robinson.  She knew of a few uncharted paths off this stretch of blacktop that wound through some miscellaneous farmland and woodlands.

They approached a curve in the road, a long line of police vehicles behind them and a helicopter overhead.

“We’re almost there!” Elizabeth exclaimed.  She strained against the seat belt.

Jackson spotted a news van ahead, coming in their direction.  “And there they are,” she murmured.

They slowed even more and came upon a nondescript separation in a thick row of trees.

“Okay.”  Robinson realized she would have missed it, if someone hadn’t pointed it out to her.  She thought for a moment, as the vehicle bounced onto the muddy pathway, and wondered why she’d never noticed this particular road before.

“You’ll have to turn off onto another path,” Elizabeth instructed.

“Okay,” said Robinson.  She reached for the air conditioner knob, noticing how cold it had grown inside the car.  But it was set as low as possible, without being turned off.

“Who did this to your friend?” Jackson asked.

“Someone else,” Elizabeth answered after a minute.  “Up here, off to the right.”

The car rocked in every direction, as the path became more irascible.

“Who is that someone else?” Jackson persisted.

“Elizabeth, please tell me.  What happened to your friend?  We need to know, so we can help her.  And you.”

“Some other girls,” Elizabeth finally said.

“Okay.”  Robinson was inclined to turn off the air altogether, as the car had grown unbearably cold.  She started to shiver, but maintained her eyes on the bumpy path ahead.

Another virtually hidden opening loomed off to their right.

Robinson almost knew instinctively this was the next turn.

“I see it now,” said Robinson.  She drove the car through a thicker cluster of trees that blocked out much of the sun that had finally started coming out.

“Down here, off to the left,” said Elizabeth.

“Okay.”  She slowed and maneuvered the car down a rocky embankment.

Heavy tree branches overhead shrouded them in darkness, until they entered another clearing.

“Down here,” Elizabeth said.  “Right up ahead.  She’s buried down here.”

The sun managed to poke through an opening in the canopy above and highlighted a mass of overgrown shrubbery and a fallen tree.

Robinson slammed on the brakes.  “Stay here,” she ordered Elizabeth, while jumping out of the car.  A battalion of fellow officers swarmed onto the remote locale, as Robinson pointed to the batch of wild vegetation.  “She’s saying right under there!”

Several men and women rushed forward and began yanking away the branches, gloved hands frantically tossing the mess forward.  Seconds later they reached a mound of dirt and began clawing at it with the same hurried enthusiasm.  Zerega had ordered no one to use a shovel, for fear of hurting the victim, if she wasn’t interred too deep.

Jackson finally stepped out of the car.  “God, I hope she’s still alive.”

“We have something!” a female voice shouted from a depression in the ground.  “I think this is her!”

“Jesus,” muttered Jackson.  She looked at Elizabeth who remained unmoved; merely staring ahead.  She started to think that Elizabeth might be involved in this, given her reticence about details.  She turned back to the activity several feet ahead.

The other officers had managed to clear away the dirt.

And the horror became clear.

They found a petite female laying on her back, hands crossed over her stomach.  A small girl with shoulder-length blonde hair.

“Ask her to come over here!” Zerega told Jackson.  “She has to identify her!”

Both Robinson and Jackson turned back to the car.

“I don’t know!” said Jackson.  “She was just here!”  She darted around to the other side and yanked open the door.

She looked to the floorboard.  It was covered with streaks of dirt and leaves.  The car smelled of mud.  “What the fuck?!  Where is she?!”

“What do you mean where is she?!” yelled Zerega.

Robinson joined her on that same side.  “Where did she go?”

Robinson looked up to see a few police officers approach.

“Where did she go?” one of them asked.

“She was here!” Jackson insisted.

Everyone began scanning the area.  But Elizabeth was nowhere.

“What did she say that girl looked like?” Zerega asked.

Robinson and Jackson fumbled for words.  “I don’t know,” Robinson finally said.  “She didn’t say much.”

“I couldn’t get her to say anything,” Jackson stated.  She was beginning to hyperventilate.  “She just said some friends of theirs did this.  She wouldn’t even tell me the girl’s name!”

The entire group had grown frantic.  Zerega ordered some other officers to begin searching for Elizabeth.  “She couldn’t have gone far!” he said.

Robinson charged forward.  She had to see the dead girl for herself.  “This is too fucking weird,” she said to no one in particular.

They stared into the shallow pit.

And took note of the girl. 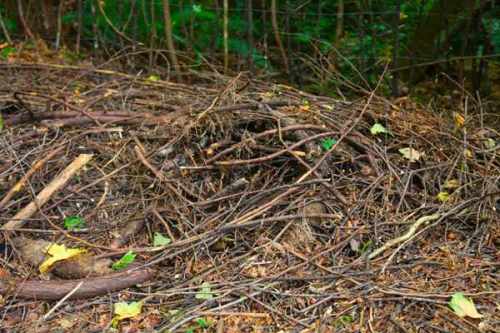