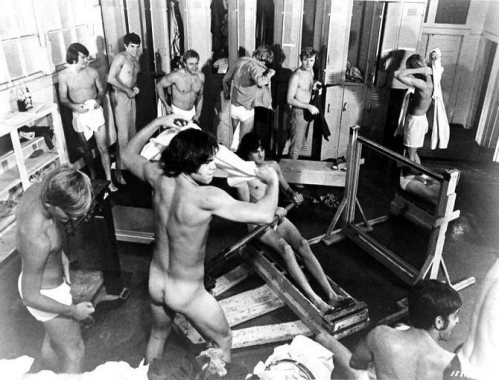 At some point in the late 1960s, a Mexican-American guy got arrested in Dallas for a series of robberies.  The incident garnered some media attention, but was pretty much a non-event.  Until someone at my father’s workplace mentioned it.

An older White man approached my father and said something to the effect that the police had arrested “your brother Rodriguez.”  He knew what the old man was talking about.  My father promptly reminded the man “my name isn’t Rodriguez, and that guy isn’t my brother.  Now shut your ass and leave me alone!”

The old man apparently was offended at my father’s brusque language and complained to the company owner, another old White (albeit Jewish) man who said something to the effect of, ‘What did you expect?’

My father often found himself in such uncomfortable situations; where some Hispanic individual would do something stupid and / or criminal enough to get media attention, and some non-Hispanics would assume my father was guilty by association.  It actually still happens.  A lot.  Just ask Black men when other Black men get arrested.  Or Hispanic men.  Or Native American men.  Even in this second decade of the 21st century, in a post-civil rights America, crime still often bears a Black, Brown or Red face.

That mess stormed into the public conscious last week when Republican presidential candidate Donald Trump dismissed a 2005 conversation with an entertainment journalist as “locker room banter.”  With a monster hurricane having just ripped through the Caribbean and the U.S. east coast and the Zika virus still a threat to public health, this is what the American media and much of the American public has focused on: eleven-year-old verbiage from two old men trash-talking on a bus.

The dialogue hasn’t discouraged Trump who is roaring ahead with his campaign – undoubtedly one of the most bizarre in recent memory – even as one woman after another jumps forward to proclaim they’ve fallen victim to the type of actions the business tycoon describes in that brief snippet.

There’s no getting around it: what Trump said in that piece is deplorable, and his attempt at an apology is as sincere as a 13-dollar bill.  Even before then, I didn’t like him.  But, aside from the rancor bubbling over this mess, it’s amazing the number of men who are also publicly proclaiming their ardent respect for women and disdain for Trump.  Athletic coaches at the high school and college levels are gathering their young male acolytes to warn them that such talk about females will not be tolerated.

Personally, I don’t feel the need to refute Trump’s so-called “locker room banter.”  I don’t have a guilt complex over it and I’m not hopping up and down trying to convince any female within ten feet of me that I’d never talk that way about them.  And neither should any other man.

Since high school, I’ve spent time in men’s locker rooms and can say without wincing that I’ve never heard men talk like that about women.  Men say all sorts of stupid shit in locker rooms, but I cannot recall anything of that sort.  As a writer, I’m prone to listen in on other people’s conversations.  I’ve always wanted my characters to speak and behave as normal as possible, so they’ll be more realistic.  Yes, men do talk about sex in locker rooms.  (And, in other Earth-shattering news, the sun rises in the east.)  I’m certain women engage in similar talk, even though most won’t admit it.  Men also talk about body parts.  Mainly their own body parts.  Usually, though, we talk about work, home, family, cars, sports, our individual exercise routines – but never something so vile as sexually assaulting or molesting women.  I know some men have talked openly like that.  I’ve just never heard it.

But it’s not enough to point out that most men don’t talk in such a debasing manner about women.  It’s more important to realize that most men don’t act that way either.  The vast majority of men don’t harass and / or sexually assault women.  I know that contradicts feminist ideology, but it’s painfully true.  Men are much more likely to assault other men or even themselves than they are women.

Yet, while plenty of people like Trump think their wealth and power make them better than the rest of us, there are others who latch onto the Trumps of the world in the hopes of improving their own station in life.  Trump surely has no genuine respect for women overall, but a number of women swoon over men like him daily.  This is one thing that upsets most average men.  Women often claim they want a man who is honest and fair-minded.  But, as some men view it, women really just want a man with lots of money.  Even some of the most successful and well-educated women often still expect the men in their lives to earn more than them.  Why?  Just in case said woman decides she’s tired of working?  I don’t know.

Women, on the other hand, often say their lack of opportunities in life put them in a position where they’ve had to find men who have money, or at least a job that pays above minimum wage.  On average, women still earn less than men, but women are superseding men on the educational front.  If you break that down from a racial viewpoint, the gaps grow even larger.  Gender politics, like racial politics, is ugly, and no one wins the argument.

I’ve heard more than a few women engage in “locker room banter” – in public – in front of me and other men.  I’ve endured my share of harassment from both women and men.  It was never caught on video or audio.  And I rarely complained out loud about it.  I knew few would believe me, especially because I’m a man.  Therefore, I understand how some women feel about life in the work place during years gone by – long before the term “sexual harassment” was ever created.

Former Texas Governor Ann Richards once advised young women to complete their education and not depend on a man to take care of them; “when the Prince is middle aged with a pot belly and a wandering eye, you’ll be glad you have a degree and can support yourself if you have to.”  As expected, social and religious conservative across the state and the nation dumped their snarky bile on Richards; denouncing her as anti-family and anti-marriage.  Richards shrugged it off, even after losing her 1994 reelection bid.

Trump is in a class all his own – and I don’t mean that in a good way.  He’s harking back to those golden years gone by; when people didn’t have to be politically correct, especially White male people.  But, as part of that elite and much-reviled 1%, he obviously believes his wealth and power give him license to say and do whatever he wants.  Plenty of people in his social class possess such self-righteous haughtiness.  Despite all his money, Trump is still little more than a loud-mouthed bum.  He’s a disgrace to all men – White or not.

My paternal grandfather once said you can dress a donkey up in silk and satin, like a thoroughbred horse, but eventually it’ll start bucking and kicking like the animal it truly is.  Now, I don’t mean to disrespect donkeys by comparing them to Trump.  Talk about being disrespectful!  But I think you get the idea.

3 responses to “No Defense Here”