Alleged proof that humans and dinosaurs lived and played together.

As if the state of Texas hasn’t embarrassed itself enough by keeping Rick Perry in the governor’s office for nearly 14 years and electing the maniacally right-wing Ted Cruz to a prominent U.S. Senate seat, we now have this gem. The Institution for Creation Research, which has been attempting to educate people about the veracity of the Christian Bible through scientific research since its founding in 1970, is now making an even more concerted effort at validating the Genesis story of “Creation.” Nine Ph.D.-bearing individuals from such esteemed institutions as Harvard University and the Los Alamos National Laboratory assert that Charles Darwin and his theory of evolution are nonsense, with no basis in fact, and that the universe was created by God between 6,000 and 10,000 years ago.

“Our attempt is to demonstrate that the Bible is accurate, not just religiously authoritative,” said Henry Morris III, CEO of ICR, a nonprofit with 49 staff members and an annual budget of roughly $7 million. “The rationale behind it is this: if God really does exist, he shouldn’t be lying to us. And if he’s lying to us right off the bat in the book of Genesis, we’ve got some real problems.”

Yea, if God lies, then you know we’re all in trouble. ICR rightfully notes that most non-religious institutions in the U.S. have taught the theory of evolution for nearly a hundred years now. But, they complain it’s been a lopsided deal; no other theory of how the Earth and its inhabitants came into existence has been presented. The frustration gave birth to a new educational forum: creation science.

ICR argues – among other things – that humans lived among dinosaurs; Noah really did build a massive vessel in advance of a catastrophic global flood; and the Grand Canyon formed in months, not over millions of years.

ICR highlights discrepancies in scientific proclamations, or conflicts within what they consider to be purely hypothetical statements. For example, Jason Lisle, an astrophysicist and ICR researcher, points to the “spiral winding problem” as proof that galaxies cannot be billions of years old. If stars had been bouncing around for billions of years, he says, they’d look more like CDs than what we see through telescopes, which are hurricane-shaped spirals. Another problem, he believes, lies with oceans. They should be more salty, if they were billions of years old. Finally, there’s the inescapable dinosaur quandary; if dinosaur bones actually were millions of years old, Lisle proclaims, paleontologists wouldn’t be able to recover traces of soft tissue from them.

I personally believe in a “Great Creator,” but that’s just my belief. I have no proof. There is proof of the sun and the moon and radiocarbon dating, which should lay a lot of this nonsense to rest. But, it doesn’t. People will believe whatever they want, and that’s their right. Trying to make a science out of it, however, moves the discussion into another realm.

This Is How God Did It 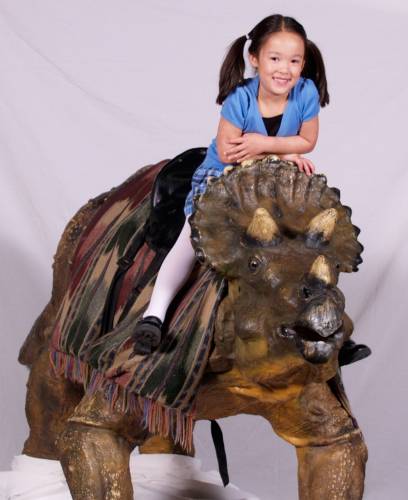 In honor of the 220th anniversary of Kentucky’s entrance into the Union, I present this treasure.  The state of Kentucky opened the 70,000 square foot “Creation Museum” in 2007, furthering making the U.S. a mockery of the world.  The “museum” concept is based on Christian biblical lore; “casting its characters and animals in dynamic form and placing them in familiar settings.”  Yes, of course – what else would you expect?  Scientific facts?  But, the museum became distressed when it learned that Budget Travel doesn’t include it on its must-see sites in Kentucky.

“The creation science group that runs the museum, Answers in Genesis, expressed disappointment.  The group said, ‘Curiously, despite being a clear winner in terms of votes received, the Creation Museum does not appear on the Budget Travel List.  We are certainly aware many evolutionists fear exposing children to the sort of critical thinking encouraged by a visit to the Creation Museum. And while we never discourage parents from taking their children to museums such as the number two choice on Budget Travel’s list – the Field Museum of Chicago, home of ‘the biggest Tyrannosaurus rex fossil ever dug up’ – we do suggest they go armed with a bucketful of discernment.’”

Altogether now – break out your banjos!