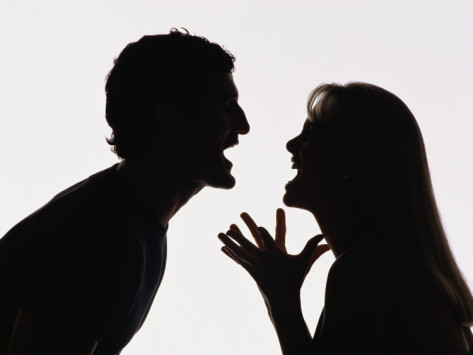 As of 12:00 A.M. today, October 1, the United States government – for all intents and purposes – has stopped functioning.  I know it seems nothing has changed.  I mean, seriously – is there any difference?  But, the painful reality is that some 2 million government employees will not get paid and national parks have closed.  That’s the immediate effect.  It gets worse if the shutdown continues: military veterans won’t receive their benefits; the Centers for Disease Control and Prevention (CDCP) will have to halt its flu vaccination program – just as flu season approaches; some food safety operations will stop (and in a nation where behemoth butts have become the norm, that spells catastrophe); small business financing will stop; Head Start programs will start closing; disability benefits could be interrupted; funding for disease treatment through the National Institutes of Health could cease.

In the meantime, every member of both houses of Congress will receive their paychecks; their own health care won’t be adversely impacted.  Ironic, though, considering that the Affordable Care Act is the genesis of the squabble between the 2 principal political parties.  Most Republicans – especially the “Tea Party” clowns – despise the ACA, which they’ve derisively called “Obamacare.”  And, in an attempt to stop funding for the President’s signature law, the GOP is willing to risk what little integrity they have in their xenophobic bones and shut down the government.

Over the weekend, one particular “Tea Party” darling, Senator Ted Cruz, launched into a staunch tirade against the ACA.  Hoping to make a name for himself, the Canadian-born, Cuban-Italian Cruz has been campaigning for president since he took office back in January.  Representing my beloved home state of Texas, Cruz has done little else with his time and energy except commandeer the Republican Party’s vitriolic bandwagon and try to obstruct President Obama in any way possible.

Altogether congress has about a 10% approval rating.  I think ptomaine poisoning and getting stranded in the desert without water or cell phone service rank just above them.  Last year I wrote about the ongoing lack of progress from the Senate and the House of Representatives.  My wishful demand was for every elected official in Washington to get impeached, so we – the average, hard-working Americans – can elect more level-headed people to fill the apathetic void.  A million dollars in gold bullion has a greater chance of landing on my doorstep tomorrow morning.

I clearly remember the 1995 – 96 government shutdown in which a beleaguered President Bill Clinton ran head first into a recalcitrant Republican Party (led by the self-righteous Newt Gingrich) – and won.  It was a different time though.  The GOP held strong majorities in both houses of Congress; we weren’t at war; and the economy exploded into profitability for everyone shortly thereafter.  Clinton didn’t back down, thus forcing the GOP into embarrassingly humble defeat.

Today, the U.S. economy is still reeling from the worst downturn in 80 years; we have troops in Afghanistan and Iraq; and Republicans control only the House of Representatives.  Regardless, I’ve lost all respect for our elected officials.  Obama still hasn’t found any steel bars to inject into his spine, and the GOP has let itself be dominated by right-wing extremists.  I’m trying to imagine how things could get any worse.  If they do, colonizing Mars looks better all the time.