Of Cats, Moons and Unsettled Love 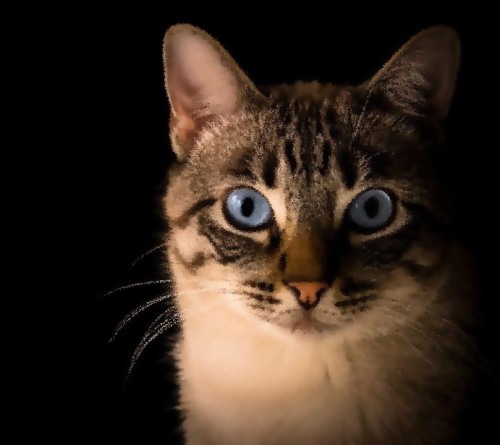 James paused before stepping onto the patio.  Juan Miguel followed.

A crescent moon hovered above.  He heard voices – and music.  He looked around, as the voices became louder; people talking and laughing, while gathered along the walkways in the yard.  Then, he noticed the orbs of light amidst the trees – lanterns.  Along with the moon, they lit up the area.  The chatter and laughter continued, as the orchestral music grew stronger.

“She’s out there,” James said.  “She’s waiting for you.  She loves you.”  He receded into the house and dropped into a chair.  The blue-eyed cat hopped onto his lap.  He began caressing it, as the animal laid its head upon its paws.

Juan Miguel peered into the foliage through the opaque light of both the moon and the lanterns.  The laughter – it sounded so good.  Nights made for lovers.  He smiled, as floral aromas swarmed around him, and light winds cavorted with the trees.

Remember, my debut novel, “The Silent Fountain”, is available in both print and e-versions.  It’s the perfect gift – birthday, Christmas, retirement, a month without a road incident – for anyone on any occasion, especially those who like their romance a little on the creepy – I mean, surreal! – side.

Filed under The Silent Fountain