“In Title VII, Congress adopted broad language making it illegal for an employer to rely on an employee’s sex when deciding to fire that employee.  We do not hesitate to recognize today a necessary consequence of that legislative choice: An employer who fires an individual merely for being gay or transgender defies the law.”

“We want to be clear that, while we love our congregation, we believe that the United Methodist policies on LGBTQ+ clergy and same-sex marriage are immoral.  Depending on how this church responds to the general conference action, we will decide at a later time whether or not to become officially confirmed.  But until then, we will continue to stand up against the unjust actions that the denomination is taking.  We are not standing just for ourselves, we are standing for every single member of the LGBTQ+ community who is hurting right now.  Because we were raised in this church, we believe that if we all stand together as a whole, we can make a difference.”

– An entire confirmation class at First United Methodist Church in Omaha, Nebraska, in a letter announcing to their congregation that they have decided not to become members due to the church’s stance on LGBTQ issues.

The National UMC has preliminarily decided to split into two distinct factions: one that will uphold traditional values, and another that will allow LGBT clergy and members and will perform same-sex wedding ceremonies.

“He never declared how big and how much money should be spent on the military etc, whether Government should provide welfare etc.  Since Jesus did not say out of his own mouth we cannot beat our wives then it must be okay to beat them?  Of course not.  An argument from silence is very poor and unhelpful.”

– The Archdiocese of Washington’s Monsignor Charles Pope, slamming President Obama for mentioning scripture in his endorsement of same-sex marriage.

As I’ve said so often before, goddamn queers!  They just want all sorts of rights!

“If you are to give us aid for men and men or for women and women to marry, leave it; we don’t need your aid because, as long as I am the President of The Gambia, you will never see that happen in this country.  One thing we will never compromise, for whatever reason, is the integrity of our culture, our dignity and our sovereignty.  As a member of the international community, we would abide by the international conventions that we have signed, but as a country, we will pass legislation that will preserve our culture, our humanity, our dignity and our identity as Africans, West Africans and Gambians.”

– Gambian President Yahya Jammeh, adding that no amount of foreign aid would compel him to “offend God” by endorsing what is “evil and unholy;” that is, accepting homosexuals as they are. 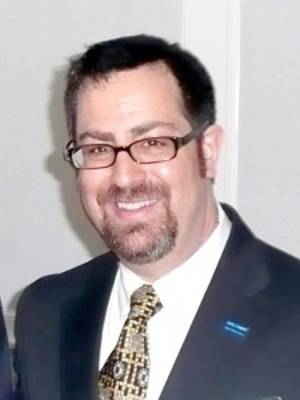 No, I’m not talking about Native American homosexuals!  In October 2011, the National Log Cabin Republicans, a gay/lesbian political group, revoked the charter of its Dallas chapter after its president, Rob Schlein, told a national radio audience that businesses should be allowed to fire people just because they’re Black.  I suppose he feels the same about Hispanics and Indians, although I don’t know if he feels Caucasians should be equally vulnerable.  Not to be overshadowed, Schlein created Metroplex Republicans of Dallas.  The city now has the unique distinction of having 2 gay Republican groups.  Only in Texas, I guess!  But, in a press release issued this past Wednesday, Schlein announced Metroplex Republicans will unite with another national conservative gay group, GOProud.  GOProud bills itself as “a national organization of gay and straight Americans who seek to promote freedom by supporting free markets, limited government, and a respect for individual rights.”  Funny, respect is what queer and non-White folks have demanded for years now.

A Dallas native, Schlein is a self-made businessman; successfully operating a series of men’s clothing stores in the area.  Last September he told radio talk show host Michelangelo Signorile that, as a business owner in a right-to-work state, he should be able to fire someone at will, regardless of race.  But, he noted, wouldn’t necessarily tell them that.  “I’d find a reason if I wanted to fire them,” Schlein said.  It might be worth noting Schlein is Jewish, and his partner his half-Native American.

I knew Schlein several years ago, when we were members of Lambda Pride Toastmasters, a local Toastmasters club he had founded with his partner and some other friends.  He told me once that discrimination is inherent in human nature; that we discriminate every day, for example, when we choose what we have for lunch, or buy a car.  I promptly told him discrimination is a deliberate act of animosity and bigotry towards an individual or a group, based upon an intrinsic quality attributed to that person or group.  Choosing what we have for lunch is merely selection, not bigotry.  I was shocked that he’d compare racial discrimination to lunch selections, but that’s before I actually got to know him and his mindset.  Later, in a speech before the club, Schlein mentioned that people who don’t have enough in financial assets invite scorn and disrespect, especially in the workplace.  That elicited an extremely hostile reaction from me after the meeting.  “You mean to say, when people disrespected me at the bank, it’s because I didn’t have enough money in my checking account?!” I literally yelled at him.  He fumbled for an answer, as fellow club members stood around shocked by my outburst.

Schlein has also been active in local politics for years.  A Reagan devotee, he created some measure of controversy in the Dallas gay community when he aligned himself with the ultra-conservative Texas Eagle Forum.  Founded by Phyllis Schlafly in 1972, TEF promotes a staunchly conservative agenda, including opposition to anything related to gay rights.  It’s odd, considering Schlafly has an openly gay son; something she seems loathe to admit publicly.  I’ve always been curious how queer folks fit into the Republican Party.  Some compare it to Hispanics who work for the Border Patrol, but I kind of look at it like Indians who’d join Custer’s army.  What’s the point?  They won’t like you anyway.  Schlein once told me he didn’t care if the average Republican liked him or not; he was more concerned about the overall conservative cause.  I guess that’s how a lot of Indians felt in the 1860’s, as they attired themselves in traditional southern regalia; hoping to fit in alongside White slave owners.  Meanwhile, Abraham Lincoln was ordering the U.S. Army to massacre as many Indians as possible out West.

On a side note, Metroplex Republicans of Dallas meets once a month at a Mexican restaurant near Dallas’s “Homo Heights,” a.k.a. the Cedar Springs – Oak Lawn area of town.  Don’t you know that would get Phyllis Schlafly’s bloomers in a bind?