The Chief’s Most Valuable Possessions

My mother’s official wedding portrait from 1959, along with other old family photos

The box containing my dog’s ashes

My computers, including this 10-year-old desktop

My vast collection of books

Wine and other spirits

My stash of adult DVDs

Who would’ve thought?!  At the start of the third decade of the 21st century, this shit would become a coveted item! 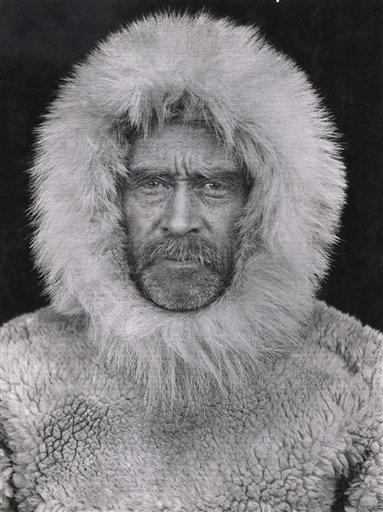 This 1908 photo of Arctic explorer Adm. Robert E. Peary, taken by an unknown photographer in Cape Sheridan, Canada, is among a small selection of the images the National Geographic Society will auction next month. (AP Photo/National Geographic via Christie’s Auction House.)

The National Geographic Society plans to auction 240 photographs and pieces of art from its vast collection this December at Christie’s.  Since 1888, National Geographic has amassed millions of images and artworks from across the globe.  The auction could garner upwards of $3 million.  It’s the first time the institution will sell anything from its archives.

They are being auctioned “to celebrate our legacy …. and to give people a chance to buy a little part of this great institution’s history,” said Maura Mulvihill, senior vice president of National Geographic’s image and video archives.

“We think of ourselves as the unsung fathers of modern photojournalism,” she added.  “I don’t think people are aware of what a massive instructive archive this is.”

Proceeds from the auction will serve to promote and preserve the archive, as well as “the nurturing of young photographers, artists and explorers … who are the future of the organization,” Mulvihill said.

Among the photos is a 1908 shot of Arctic explorer Adm. Robert E. Peary; the artwork includes an oil painting by Tom Lovell of Gen. Robert E. Lee’s Civil War surrender at Appomattox.  While National Geographic is known for its extraordinary photography, early editions were filled with artwork.

National Geographic is my single favorite periodical, and – I believe – one of the most significant in the world.  It transcends politics and religion and makes us realize how interconnected we are on this tiny, but otherwise fascinating planet.