“If you donate to our Save America PAC at (DonaldJTrumpDOTcom), you are helping the America First movement and doing it right. We will WIN, and we will WIN BIG! Our Country is being destroyed by the Democrats!”

“The RNC, NRSC and NRCC are grateful for President Trump’s support, both past and future. Through his powerful agenda, we were able to break fundraising records and elect Republicans up and down the ballot. Together, we look forward to working with President Trump to retake our congressional majorities and deliver results for the American people.”

“Everything in this bill is rotten to the core.  This is a bill as if written in hell by the devil himself.”

Sen. Mike Lee (R-UT), about HR1, also known as For the People Act of 2021, which would expand voting rights

“There’s a fundamental difference between Democrats and Republicans.  Democrats value as many people as possible voting and they’re willing to risk fraud.  Republicans are more concerned about fraud, so we don’t mind putting security measures in that won’t let everybody vote – but everybody shouldn’t be voting.”

“Pregnant women are going to fight our wars.  It’s a mockery of the U.S. military.  While China’s military becomes more masculine as it’s assembled the world’s largest navy, our military needs to become, as Joe Biden says, ‘more feminine’ – whatever ‘feminine’ means anymore, since men and women no longer exist.”

Carlson’s lament has drawn sharp rebuke from military veterans, including Sen. Tammy Duckworth (D-IL) who lost both of her lower legs while serving as a combat pilot in Iraq in 2004.  Duckworth tweeted this about Carlson.

At a press conference on March 19 about the spreading COVID-19 flu, as Faux-President Donald Trump read from notes on the podium, a Washington Post photographer managed to take a photo of a page on which the term “corona” had been crossed out and replaced with “Chinese”.  Trump had already used the word “Chinese” to describe the virus; later saying, “It’s not racist at all. It comes from China, that’s why.”

Yes, the virus originated in China, but sadly, the pandemic also has spawned hate crimes against Asian-Americans.  It’s not uncommon for certain groups to fall victim to violence perpetrated by others in response to particular crises.  At the start of the AIDS pandemic in the early 1980s, gay men and even some lesbian women found themselves targeted for violence; usually by people who would have used any excuse to attack anyway.  Periodically, over the past several years, many Hispanics – including The Chief – have fallen victim to violence perpetrated by others over illegal immigration.

The current situation for people of Asian extraction is that we have a billionaire Republican, failed business tycoon, former reality TV star masquerading as the American president who has already proven he’s not above using racist tropes to communicate his point.

Freelance writer and journalist Roger Tagholm provides an insightful, if not provocative opinion on China’s burgeoning literary market.  When you consider that China is the largest bastion of Communism, it’s difficult to imagine writers being able to exhibit any degree of artistic or journalistic freedom.  But, to some extent, that’s exactly what’s happening, as China charges headlong into the 21st century and is gradually becoming a global economic power.  It’s a delicate balancing act.  But, the government’s enormous “Rural Reading Room” project, an ambitious initiative that aims to put a “reading room” – effectively a library – in every one of the nation’s 630,000 villages.  Some 500,000 have been completed so far.

“China is still a developing country and 800 million people are still living in rural areas,” said Wu Shulin, Vice Minister of China’s General Administration of Press and Publication (GAPP), the government body that runs all media in the country.  “How to ensure their access to books is an important issue.  Central and local governments have spent a lot of money to help farmers gain access to books.  The Reading Rooms in small villages have 1,500 books and 100 periodicals and newspapers, but in some of the larger ones, the Reading Rooms can have as many as 50,000 books.  We are spending a lot of time and energy on citizens’ rights to know and to read.”

Critics, of course, might say that the program is nothing more than typical communist-style indoctrination of the masses.  But, major Chinese cities, such as Shanghai and Beijing, have become amazingly Westernized in recent years with brand name stores familiar to Americans and Europeans.  The Wang Fujing bookstore, which sits close to Tiananmen Square and has portraits of Chinese party leaders greeting visitors, is at the forefront of the “Rural Reading Room” endeavor.  More importantly, Tagholm recently met with a number of writers and journalists at Wang Fujing, a major fete in a nation where press briefings are rare.  Tagholm asked how writers can express themselves and not anger the party elite.

“It is better to write without freedom than to write with freedom,” said the novelist and university professor Xiao Bai.  “If there are restraints, you will feel the urge to break these restraints, but we don’t want the role of the [political] Opposition.  Writers should observe human politics from their personal, individual perspective.”

His fellow novelist Sun Ganlu, Director of the Shanghai Writers Association, added: “I believe it’s an obligation for all of us to raise our opinions about the public policies, but writers have different ways of doing this.  No writing is completely free, completely without restrains – you are restrained either by your gender, race, the time, or in the writing style.  So maybe politics is just one kind of restraint.”

Tagholm admits these responses are surprising.  To us writers, bloggers and other free spirits who write with few restraints outside of what we impose on ourselves, it appears our Chinese brethren really have been indoctrinated and fear being truly opinionated.  But, we all know that free speech has its responsibilities.  You can’t legally slander someone, for example, or threaten the President of the United States, no matter how strongly you feel.  But, I think it’s fascinating that, while state legislatures in the U.S. debate cuts to education to balance their budgets and school districts debate creationism vs. evolution, China is making a concerted attempt to build more schools and libraries for its large rural population.  However one looks at the Chinese government, I feel they have the better policy in this regard. 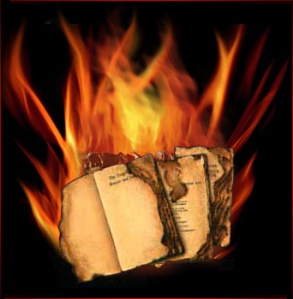 It’s bad enough there are always people who feel they know what’s best for everyone else.  The current debate in Congress over birth control is testament to that.  But, as a fiction writer, I know all artists will offend someone somewhere at some point in time.  In 1964, Supreme Court Justice Potter Stewart famously stated that he couldn’t define obscenity, “[B]ut I know it when I see it.”  If obscenity or offensive material is purely subjective, then how can free speech and a free press conflict with community standards?  I guess it depends on whose standards you’re talking about.  Personally, I don’t feel that nudity or sexuality is necessarily obscene.  But, I find violence offensive.  It seems most Americans feel the opposite.  Yet, I think when artists start censoring themselves to placate the masses – or worst, an oppressive totalitarian regime – then the true spirit of creativity has been butchered.  In years past, writers and poets in the Soviet Union and other Eastern Bloc nations lived in fear that their own works could be not just professional, but personal suicide.  Now, China is in the spotlight, as its writers are subjected to growing levels of censorship in a country that is increasingly becoming a major player on the global stage.